This post is based on an email that was sent and in no way reflects the views and opinions of ''Met'' or Jamaicanmateyangroupie.com. To send in a story send your email to likeacopcar.78@gmail.com
February 8, 2015 9:09 am

CHILD ABUSE ON THE RISE IN JAMAICA 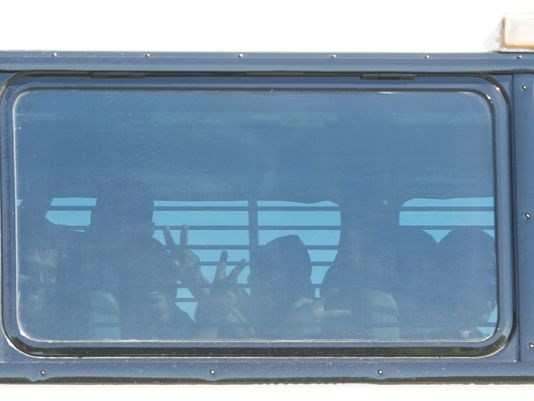 The level of sexual abuse being experienced by the nation’s children has reached crisis proportions with preliminary data for the period January to March 2014 revealing that the Office of the Children’s Registry (OCR) received 918 such reports, a four per cent increase over the corresponding period last year.

At that rate, more than 3,600 cases could be on the books when the final numbers for 2014 are tallied, with thousands more unreported.

“The level of abuse being committed against our children is alarming,” CEO of the Child Development Agency (CDA) Rosalee Gage-Grey told The Sunday Gleaner.

“There are several things, some of them not anecdotal, as to what could be causing it. I think it is right across the spectrum (both uptown and downtown). We are seeing younger children being exposed and being abused – as young as two,” added Gage-Grey.

The CDA head agreed with claims that one of the contributing factors to the increase in sexual abuse of children is linked to the living conditions in some communities. In these instances, entire families live in one-bedroom dwellings with children exposed to adult sexual activities at an early age.

“It (the living conditions) can give rise to it (sexual abuse) because the children have early exposure, and not just with their parents, but you are talking about the standpipe in the yard, where everybody bathes, or the river, where everybody goes and bathes,” said Gage-Grey.

Registrar of the Office of the Children Registry (OCR) Greig Smith further described the harsh realities faced by some children who live in poor communities who are “prostituted by their parents to raise money to help with their schooling and to buy food for the house”.

According to Smith, sometimes the mothers know that their children are being sexually preyed on by the men in the homes but fail to report the matter to the police or the OCR.

“Because probably the breadwinner is the male – whether the stepfather or the father – he also thinks that he has rights to all the females within the house,” said Smith.

“Now, the mother, who is probably uneducated and unemployed, possibly knows about the situation but also agrees with it.

“As the registrar, I have been summoned to court on a number of occasions in which parents, females, mothers, have been charged in conjunction with their boyfriend, husband, or stepfather for the sexual abuse of these children.”

Smith pointed out that in spite of the disparity in the social and economic construct of poorer communities and some upscale areas, the reasons behind some of the women remaining quiet is not dissimilar.

“Although it is a community of high standard, with financially well-off persons living there, it is the same scenario that some of these wives or stepmothers of these children are also probably unemployed or dependent on the man who owns and operates a business, and so she is not willing to come forward and break the silence.

“If she does that, then the ‘high life’ she lives – being able to travel, having her own vehicle and stuff like that – would be taken away,” argued Smith.

“It is also shown sometimes that because they want to protect the family name within the upscale communities, they do not want to report (cases of sexual abuse against children).”

The head of the Centre for Investigation of Sexual Offences and Child Abuse (CISOCA), Superintendent Enid Ross, substantiated Smith’s claim as she pointed out that the full extent of the problem is not reflected in the numbers as many persons are not making reports.

“Ninety-nine per cent of the cases that we get are really from the lower socio-economic class because the upper class will go to their private doctors as they are trying to protect their image,” said Ross.

‘Family rams’ – Paedophilia in the homes is a long-running problem
The increase in the reported cases of sexual abuse of children is no surprise to child-protection specialist Rose Robinson-Hall, who has argued that this is a long-standing issue that is just now being given the attention it deserves.

“We have always had a problem, hence the term ‘family ram’, where family members were the main the perpetrators of sexual abuse,” said Robinson-Hall.

“My experience working with child victims of abuse and visiting communities to visit these victims is that our society has become hyper sexualised and we have a higher level of tolerance. It is in our music, it is in the way we dress. There is very little that is private. And based on my experience, parents also seem to feel that they (children) might as well learn it now.”

Peta-Anne Baker, coordinator of the Social Work Programme at the University of the West Indies, Mona, though agreeing that child abuse is not a new problem, believes it has worsened with the advancement in technology and the breakdown of values within our society.

“When we discuss the issue of child abuse, we need to take into consideration the impact of the communications revolution, changing cultural values about what is a ‘proper’ topic of conversation, in supporting the disclosure of these incidents,” said Baker.

“We now have a language to describe what children, mainly females, but some males, have encountered for centuries. Link it also to our attitudes towards those who lack power and voice. they exist as objects of our benevolence or abuse. When they speak up they are sometimes abused again and called disrespectful or ungrateful.”