This post is based on an email that was sent and in no way reflects the views and opinions of ''Met'' or Jamaicanmateyangroupie.com. To send in a story send your email to likeacopcar.78@gmail.com
February 12, 2015 7:29 am 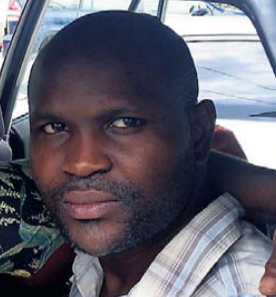 A former West End, Negril, pastor, accused of marrying a Canadian woman while he was still married, was freed on Tuesday by a seven-member jury when he appeared in the Westmoreland Circuit Court on a charge of bigamy as well as several other offences.

It is alleged that Samuels used his marriage to his second wife to obtain permanent resident status in Canada. But the jury — comprising four men and three women — after deliberating for almost an hour on Tuesday, unanimously handed down a not guilty verdict on each of the four charges.

The verdict seemingly shocked many people inside the packed courtroom, including Justice Martin Gayle who presided over the seven-day trial. Describing the ruling as “a disgraceful verdict”, Justice Gayle remarked that “no wonder we don’t have any justice in this country,” as he ordered a probe to ascertain if the jurors “were reached”.

He told the jurors that they would not be required to do any more jury duty during the present sitting of the Westmoreland Circuit Court. “I am releasing all seven of you for the rest of the term.

You can go and never return here; all seven of you. It is my wish not to see all of you for the rest of the term,” he stressed.

Turning to Samuels, who sat calmly in the prisoners’ dock, as the verdict was handed down, Justice Gayle said “stand up, your seven parishioners say that you are not guilty; a verdict not keeping with the evidence.

can walk, we will catch up with you one day.”

The Jamaica Observer West was unable to get a comment from the foreman of the jury or the other members of the panel about the verdict, as they all hurriedly left the courtroom and quickly disappeared from the precincts of the elegant courthouse.

But an obviously relieved Samuels expressed delight at the verdict. “God see seh mi nuh guilty, a set them set mi up, man. The Lord still in the miracle business,” he told the Observer West, as he thanked his attorney Oniel Brown, whom he said believed from the onset that he was innocent.

“It was a good verdict. The jury retired for almost an hour, which means that they considered all the evidence that was brought in the case and, upon their consideration, they came back with an unanimous verdict, and we, the defence for Mr Samuels, are very happy,” he told the Observer West.

The prosecution had argued that Samuels got married to his second wife without divorcing his first, whom he wed in 1999. The union between himself and his first wife produced two children.

Evidence was also tendered during the trial that a year after Samuels tied the knot with the Canadian woman he acquired a certificate stating that he had divorced his first wife.

However the certificate proved to be fictitious, it was revealed in court. But Samuels, in his unsworn testimony from the dock, argued that he was not aware that the document was fictitious.

Months later, he said, the lawyer — whose name he said he could not remember — told him that the process was completed. He said he later gave copies of the document to the sister of his first wife.

Samuels added that before he got married to his second wife he told her that “I am going through a divorce, but I was not yet finished paying the money”.

Almost six months after the wedding with the Canadian woman, Samuels said, “the filing came through, I paid off the lawyer, got my visa, and went to live in Canada.”

And in his address to the jury Brown argued that the case is about vengeance.

“You must decide if you want to be a part of the vengeance plot,” said Brown, adding that Samuels’ second wife wanted him to be kicked out of Canada because she saw him with another woman.

Meanwhile, Justice Gayle in his roughly five-hour summation urged the jurors to consider the evidence tendered in court carefully before arriving at a verdict.

Your responsibility is to return a true verdict in accordance with the evidence.” During the trial, evidence were also given by a representative of the Supreme Court, the Registrar General’s Department, members of the Fraud Squad, and Samuels’ two wives.

Bigamy is a felony under the Offences Against the Person Act and attracts a maximum penalty of four years, with or without hard labour, on conviction.