This post is based on an email that was sent and in no way reflects the views and opinions of ''Met'' or Jamaicanmateyangroupie.com. To send in a story send your email to likeacopcar.78@gmail.com
August 25, 2013 10:20 am 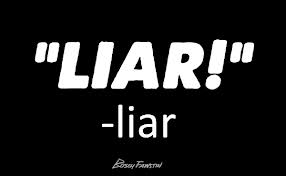 A 48-year-old woman who took off the pair of panties she was wearing and rubbed it in the face of a 13-year-old schoolboy has been convicted of common assault.

She has been remanded for sentencing on August 28.

“Sharpe shouted “Eat drawers”, as she rubbed her panties in the boy’s face.

The Crown led evidence in the Savanna-la-Mar Resident Magistrate’s Court that on June 8, last year, Sharpe and the boy’s aunt were engaged in a quarrel.

The boy testified that as the argument got heated between the two women, he went closer to his aunt. He said Sharpe “removed her shorts and panties, threw the shorts over her shoulder, stretched over the barbed wire fence and used her purple panties and wipe it in my face”, while saying the words “Eat drawers”.

He said he picked up a stone to throw at Sharpe, but his Aunt prevented him from doing so.

In her defence, Sharpe, a mother of nine children, denied being involved in an argument with anyone on the day in question. She said she was taken by surprise when the police served a summons on her to attend court.

However, under cross-examination she admitted being in an argument with the boy’s aunt.