This post is based on an email that was sent and in no way reflects the views and opinions of ''Met'' or Jamaicanmateyangroupie.com. To send in a story send your email to likeacopcar.78@gmail.com
August 26, 2013 3:04 pm 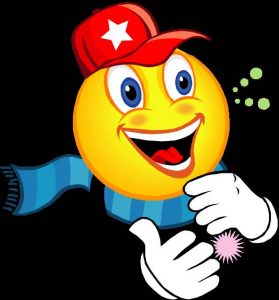 In light of the recent drama surrounding reggae artiste Queen Ifrica, let me remind the Jamaican public of the following. The 2011 Charter of Fundamental Rights for Jamaicans, which the gay community loves to refer to, recognises the fundamental right to free speech and free exercise of religion, and whenever there is the danger of those fundamental rights being infringed, it is the duty of those concerned to point it out, since the same Charter states: “All persons in Jamaica are entitled to preserve for themselves and future generations the fundamental rights and freedoms to which they are entitled.” – Chapter 3.

Gays and their supporters often misuse words like ‘homophobia’ (and usually totally in the wrong context), ‘discrimination’, ‘bigotry’, ‘intolerance’, ‘hate speech’, et al, to try and discourage any form of criticism about the abnormal and – as several religions believe (not just Christianity) – their ‘sinful’ homosexual lifestyle (for both women and men).

Many weak-minded religious people usually fall for it, confusing frankness with hate, and confusing preaching straight truth (as allowed by freedom of speech and freedom of religion) with intolerance. But I remind you that, in the Jamaican context, Section 17 of the Charter of Fundamental Rights and Freedoms states: “Every person shall have the right to freedom of religion, including the freedom … to manifest and propagate his religion in worship, teaching, practice and observance.”

This allows for the right to preach the tenets of your religion, and to not be muzzled if it happens to point out the sins of the society, and even the abominable lifestyle of gays!

Never let anyone subvert that fundamental right that you have in the name of overprotecting one minority group through the misguided gay lobby. Never!