This post is based on an email that was sent and in no way reflects the views and opinions of ''Met'' or Jamaicanmateyangroupie.com. To send in a story send your email to likeacopcar.78@gmail.com
November 23, 2017 8:55 am

CLYDE McKenzie is calling on persons seeking to blame dancehall music for society’s moral breakdown and rise in criminal activity not to be so hasty in their judgement.

The music producer, artiste manager and cultural commentator was speaking to the Jamaica Observer following Monday’s conviction of Ninjaman (given name Desmond Ballentine). The dancehall deejay was found guilty of murder, following a 2009 shooting incident which left Ricardo Johnson dead.

In 2014 another high-profile deejay, Vybz Kartel (real name Adidja Palmer), was charged for murder and is currently serving a life sentence.

According to McKenzie, it is more about the social structure from which the artiste comes, as opposed to the music itself, that should be implicated.

“Dancehall music is always implicated in the most unsavoury of situations. I am not for one moment saying that there aren’t some messages in this form of the music which are unwholesome, but the fact of the matter is these come from some of the experiences of these artistes. The blame we ascribe to the music because of the actions of a few artistes doesn’t follow for other sectors of society. When a banker does something illegal, we don’t classify the entire banking sector. We need to just see people as people and accept that they err.”

“You find that there is a level of socialisation which predisposes a lot of these artistes to certain types of anti-social behaviour. These include poverty, absentee fathers, the level of literacy. Therefore, we are often time too hasty to blame the music,” he told the Observer. 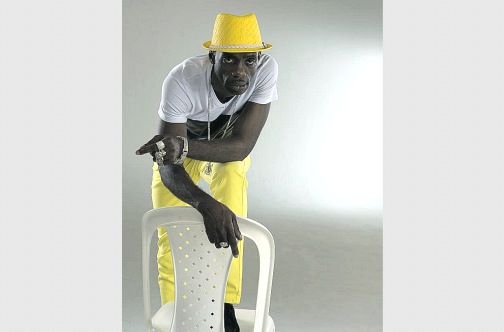 McKenzie also took on the notion that some persons from similar circumstances are able to overcome these social hurdles and not yield to antisocial behaviour.

“A lot of these same artistes have overcome the challenges and are able to make it out. On the other hand, there are those who make it out but get sucked back in due to the relationship they have with their community. Not everyone will escape. That all has to do with the personality traits of the individual. It is a very complicated thing… a symbiotic relationship between the artistes who are seen as philosophers and the badmen who are the protectors.”

For McKenzie, the answer lies in challenging the existential problem of poverty and social injustice.

“We have to start with tackling poverty and that tendency by some to be violent, both of which seem to always be with us, by creating the conditions which minimise their growth and development. Personally I don’t know if changing the music will facilitate this. That is always a low-hanging fruit which many persons hang on to. I have seen no conclusive studies which point to a direct correlation, so it is therefore mostly conjecture. Implicating the music is taking it a bit too far,” said McKenzie.