This post is based on an email that was sent and in no way reflects the views and opinions of ''Met'' or Jamaicanmateyangroupie.com. To send in a story send your email to likeacopcar.78@gmail.com
February 3, 2015 7:56 am

A LITTLE BIT ABOUT KIDNEY DISEASE 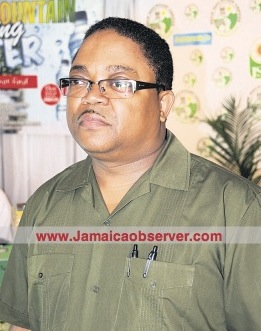 Senior Medical Officer at Mandeville Regional Hospital Dr Everton McIntosh
Mandeville, Manchester — On a weekly basis the renal unit at Mandeville Regional Hospital provides regular dialysis for 40 patients suffering kidney failure.
Health-care servers say there are another 150 people in the south central region (Manchester, Clarendon, St Elizabeth and peripheral communities) also in need of dialysis.
They are being kept on a waiting list, because they cannot be accommodated at Mandeville’s renal unit, which is hampered by its very limited capacity.
“Unfortunately many of these persons will eventually die from lack of adequate dialysis care,” Dr Everton McIntosh, senior medical officer at Mandeville Regional Hospital, told the Jamaica Observer recently.
“There are a lot of people whom we know should be getting dialysis (but) we just don’t have the capacity,” said McIntosh.
Health experts say kidney failure is often the last stage for people suffering chronic illnesses such as diabetes and hypertension.
When kidneys fail, the body is unable to naturally rid itself of liquid waste. Dialysis, involving appropriate and expensive equipment with professional medical expertise, is the artificial process of getting the job done.
As McIntosh and Mandeville Regional Hospital CEO Alwyn Miller told the Observer recently, the dialysis process is “horrendously expensive”. In the private health sector, a dialysis treatment session costs $12,000 to $15,000 for each patient. Ideally, patients should be getting such treatments three times weekly, but most have to manage with two.
“So we’re talking $30,000 per week for the basic minimum treatment for each person with kidney failure… not many can afford that,” said McIntosh.
With most Jamaicans unable to afford such costs, the public health system, including Mandeville Regional, is the only option.
Miller said budgetary support from the cash-strapped Government is never adequate, but assistance from donors, locally and overseas, is a big help.
According to Miller, it is currently costing “roughly $1.2 million to $1.3 million per annum” to treat each patient at the Mandeville renal unit.
“We provide them (each patient) with not only the dialysis, we provide them with medical support, pharmaceutical support, laboratory support and so forth,” Miller said.
“So (patients) get a complete service coming (at) the public institution versus going privately, in which they may actually just get the dialysis service, so other support service they may have to secure (and pay for) separately…,” he said.
Miller said donors such as the United States-based non-profit organisation Bridge of Life/Davita Village Trust had provided invaluable help for the renal unit with vital equipment and staff.
Local initiatives such as the High Mountain Coffee Road Race festival, which in recent years has given proceeds of its 5K walk to the renal unit, had been of significant value, he said.
Miller recalled at the recent press launch of the 32-year-old road race festival that funds raised from last year’s event assisted in clearing the Bridge of Life/Davita Village Trust gift container at the Customs Department.
Unsurprisingly, Miller, McIntosh and others at Mandeville Regional are ardent supporters of the annual High Mountain road race, which had its latest renewal one week ago.
For Miller, it’s not only about the donations which the road race generates. Also, he told the Observer, it’s about building a culture of fitness and healthy lifestyle which road races, be they walks, runs or both, and other forms of physical exercise can assist. With more people who are physically active, there will be less strain on medical facilities such as the renal unit, he said.
“Events such as High Mountain promote the need for persons to watch their health, to ensure they do not fall victims to diabetes, hypertension and other illnesses which eventually lead to renal failure… A lot of Jamaicans know about diabetes, they know about hypertension but they are not able to translate that to the fact that when it gets to later stages, renal failure is what may result,” he said.