This post is based on an email that was sent and in no way reflects the views and opinions of ''Met'' or Jamaicanmateyangroupie.com. To send in a story send your email to likeacopcar.78@gmail.com
December 17, 2016 8:43 am

The Road Safety Unit is projecting that the number of child fatalities in road crashes will increase by 92 per cent at the end of 2016 compared with last year.

So far, a total of 25 children have died on the nation’s roads.

The 25 children killed in road crashes so far this year represent a 108 per cent increase when compared to the similar period last year. 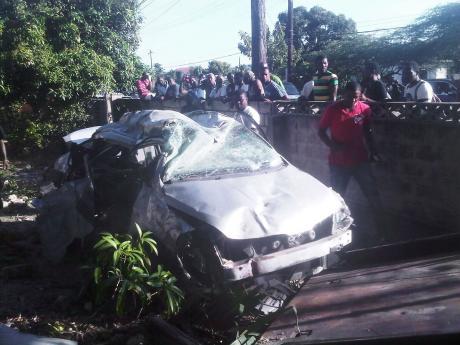 The Road Safety Unit says almost a half the number of child victims were passengers in private motor cars.

Director of the Road Safety Unit Kenute Hare is calling for the police to clamp down on parents who transport their children without seat belts.

“We appeal to parents to stop it and we want them to know that they can be prosecuted not only under the Road Traffic Act but also under the Child Care and Protection Act,” Hare said.

In the meantime, Hare says a total of 357 people have been killed in crashes since the start of the year.

Westmoreland, St Catherine, St Elizabeth and St Andrew accounted for 54 per cent of the fatalities.

The Road Safety Unit says 88 motorcyclists have been killed in 81 fatal collisions with 36 per cent of the fatalities occurring in the parish of Westmoreland.