This post is based on an email that was sent and in no way reflects the views and opinions of ''Met'' or Jamaicanmateyangroupie.com. To send in a story send your email to likeacopcar.78@gmail.com
February 11, 2015 7:19 am 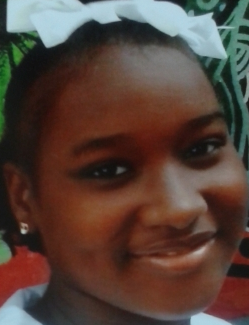 The family of 13-year-old Britania Bradbury is appealing to the man who they suspect their daughter is with, to let her return home, or allow her to go to the nearest police station.

The Tivoli high school student has not been seen since the night of January 27, when she disappeared from the family home in Wilton Gardens (Rema).

What makes the situation particularly heart-rending for her mother, is that Britania had just been returned home earlier that night, having gone missing a day before.

According to her mother, Simonia Bradbury, Britania’s father and grandmother on January 27 picked up the teen from the Denham Town police, who had taken her off a bus in the Three Miles area.

Simonia was relieved to have Britania home, but had that joy snatched away when the child was discovered missing again, later that night.

“She left about 20 past 10… she brush her teeth and I thought that she was getting ready to have a shower, and I went to the shop to get something to eat, and by (the time) I came back around and looked, I couldn’t find her… and started making noise, and everybody started looking for her. We couldn’t find her,” she recounted.

The distraught mother, told OBSERVER ONLINE that when she had questioned the child, she said she had been in the company of a 23-year-old man in Fletchers’ Land. Bradbury said from a call made by the police to the man’s phone on Monday, February 9, it was gleaned that the child is now in Portmore, St Catherine. However, the police are of the impression that the girl was being coached while on the phone.