This post is based on an email that was sent and in no way reflects the views and opinions of ''Met'' or Jamaicanmateyangroupie.com. To send in a story send your email to likeacopcar.78@gmail.com
October 28, 2015 1:34 pm

116 THINGS THAT CAUSE CANCER 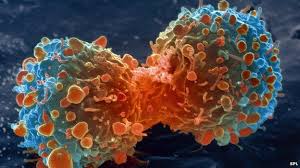 Carcinogenic exposure circumstances
1 Tobacco smoking: The most common exposure to the stimulant, prepared from the leaves of the tobacco plant, is through burning it and smoking it from a cigarette or hookah pipe into the mouth and then releasing it. Smoking’s history dates back to as early as 5000–3000BC when the agricultural product began to be cultivated in South America.

2 Sunlamps and sunbeds: A tanning bed, a device that emits ultraviolet radiation for a cosmetic tan, can give humans overexposure to UV radiation, which can cause skin cancer, cataracts, and premature skin ageing.

3 Aluminium production: Increased lung and bladder cancer risks have been reported in workers in aluminium reduction plants. The fumes of chemicals the workers may inhale, and exposure to coal-tar pitch volatiles for long periods during the process, can cause cancer.

4 Arsenic in drinking water: The highly toxic chemical which is used to make certain alloys used in the manufacturing industry, can get into the drinking water supply, particularly in ground water. Arsenic is known to cause skin cancer, and linked to causing liver, lung, kidney, and bladder cancer.

5 Auramine production: Auramine can be used as an antiseptic agent as well as to make dyes. A study found there to be an excess of bladder tumours among men engaged in the manufacture of auramine, through inhaling harmful agents, such as formaldehyde and sulphur, during the manufacturing process.

6 Boot and shoe manufacture and repair: Linked to increased risk of nasal cancer and leukaemia, due to exposure to suspected carcinogens such as leather dust, benzene and other solvents, yet the risk of cancer in shoe manufacturing may vary depending on the duration and level of exposure.

Processed meat: your animated guide to what is a carcinogen
7 Chimney sweeping: Cleaning chimneys of soot and dust, historically done by small boys who could climb the chimney but now done mechanically, could cause a very specific form of cancer – termed “chimney sweep” cancer. It could be caused by inhalation and accidental ingestion of coal and burnt wood fumes and residue.

8 Coal gasification: Studies of the cancer levels of workers who had occupational exposure to coal gasification – when coal is reacted with oxygen, steam and carbon dioxide to form a gas – showed there to be an excess of lung cancer.

9 Coal tar distillation: Derived from coal, coal-tar pitch is a thick black liquid that remains after the distillation of coal tar. It is used as a base for coatings and paint, in roofing and paving, and as a binder in asphalt products. Both coal tar and coal-tar pitch contain many chemical compounds, including carcinogens such as benzene. Human exposure to coal tars can be through inhalation, ingestion, and absorption through the skin. The general population can be exposed to coal tars in environmental contaminants.

10 Coke (fuel) production: Workers at coking plants and coal-tar production plants – where coal is refined to be used as a solid fuel – may be exposed to coke oven emissions, and have an excess risk of dying from lung cancer and kidney cancer.

11 Furniture and cabinet making: Furniture makers are shown to have a statistical increase in nasal cancer risk, with excessive exposure to wood dust, according to studies.

12 Haematite mining (underground) with exposure to radon: Mining hematite, an underground source of iron, workers are simultaneously exposed to radon – a radioactive carcinogen, which can cause a large increase in the risk of lung cancer.

Analysis How bad is meat for me? Frankly, the experts don’t know
Red and processed meat can cause cancer, the WHO says. But a ham sandwich still isn’t as risky as a 20-a-day smoking habit
Read more
13 Secondhand smoke: Otherwise known as passive smoking, a non-smoker’s risk of getting lung cancer can increase by a quarter by breathing in other people’s smoke. It may also increase the risk of cancers of the larynx (voice box) and pharynx (upper throat). It’s estimated that every year, secondhand smoke kills over 12,000 people in the UK from lung cancer, heart disease, stroke and the lung condition chronic obstructive pulmonary disease.

15 Isopropanol manufacture (strong-acid process): People in the isopropanol manufacturing industry may face an increased risk of developing cancer due to exposure to suspected carcinogens, such as diisopropyl sulphate, isopropyl oils and sulphuric acid. The colourless, flammable chemical compound with a strong odour has a wide variety of industrial, household and pharmaceutical uses. Isopropyl alcohol solution is found in rubbing alcohol, hand sanitiser, and disinfecting pads.

I’m not giving up my ham and mustard sandwich
Ann Robinson
Read more
16 Magenta dye manufacturing: The production of magenta dyes – purplish-red in colour and among the first synthetic dyes to be produced in the 1850s – has chemicals linked to bladder cancer. Yet some carcinogenic chemicals were banned from hair dyes in the 1970s.

17 Occupational exposure as a painter: Studies have found a link between work as a painter and risk of cancer. Deaths such as bladder cancer and leukaemia in such cases could have been from an exposure to benzene – a chemical at high levels that can cause cancer and found in paint production – mixed with other organic solvents. Cases of lung cancer may be from exposure to particles containing lead chromate and to asbestos in the paint trade.

19 Rubber industry: Harvested mainly in the form of the latex from certain trees, the manufacturing process of stretchy material can cause the risk of developing cancer, caused by chemicals. Studies examining countries with workers in the rubber industry showed they were more likely to have cancers such as bladder cancer, lung cancer, and leukaemia.

20 Occupational exposure of strong inorganic acid mists containing sulphuric acid: The liquid aerosols formed by condensation of sulphuric acid vapour, which is highly corrosive, can cause a higher risk of getting lung cancer.

Carcinogenic mixtures
21 Naturally occurring mixtures of aflatoxins: Such toxins produced by certain species of fungi, are among the most carcinogenic substances known, and linked to increased risk of liver cancer.

23 Areca nut: Areca nut is a mild stimulant, akin to coffee, that is chewed with betel leaf. It is known to cause increased risk of mouth and oesophageal cancer.

24 Betel quid without tobacco: A leaf indigenous to Asia, is chewed with areca nut as a stimulant and can increase the risk of oral cancer.

25 Betel quid with tobacco: Betel can increase the risk of oral cancer.

26 Coal-tar pitches: This thick black liquid contains many chemical compounds, including carcinogens such as benzene.

28 Indoor emissions from household combustion of coal: Coal is one of the most well-known carcinogens in the public consciousness, due to the prevalence of cancer in miners. It is a risk if coal dust produced from old-fashioned coal-burning fires is inhaled.

29 Diesel exhaust: There is a cancer risk from inhaling exhaust fumes produced by a diesel internal combustion engine. Over 30 components of diesel oil are listed at various levels of carcinogenic by the IARC.

Ground to dust: fracking, silicosis and the politics of public health
Read more
31 Phenacetin, analgesic mixtures containing: Studies on this pain- and fever-reducing drug, now banned in some countries link it with renal, pelvic and other urothelial tumours in patients.

32 Plants containing aristolochic acid: Used in Chinese herbal medicine for centuries, this plant extract is found to cause kidney disease and urothelial cancer.

33 Polychlorinated biphenyls (PCBs): This synthetic compound, widely used in electrical equipment in the past, was banned at the end of the 1970s in many countries because of environmental concerns. Studies of PCBs in humans have found increased rates of melanomas, liver cancer, gall bladder cancer, biliary tract cancer, gastrointestinal tract cancer, and brain cancer, and may be linked to breast cancer. PCBs are known to cause a variety of cancers in animals.

34 Chinese-style salted fish: Diets that are very high in salt-cured meats and fish, or pickled foods – which are more common in parts of Asia and northern Africa – can increase the risk of nasopharyngeal cancer, related to the upper part of the throat behind the nose. These foods can be very high in nitrates and nitrites, which react with protein to form nitrosamines. These chemicals can damage DNA.

36 Soots: Coal dust, principally from the burning of coal, had contributed to a specific chimney sweep cancer that was prevalent in the 19th century.

37 Smokeless tobacco products: Tobacco chewed as a stimulant, sometimes with other leaves such as betel, is specifically linked to cancers of the larynx and the mouth.

38 Wood dust: Awareness of wood dust as a carcinogen and cause of nasal cancer is on the rise. In 2011 a cabinet maker’s widow successfully sued for £375,000 after her husband’s death.

Something is going to kill you. Life is about what happens before that
JC Johnson
Read more
39 Processed meat: Meat that is cured or treated in some way, either for preservation or taste. Examples include ham, bacon and sausages. It was ranked as dangerous as tobacco in October 2015 by the World Health Organisation (WHO), with specific links to bowel cancer.

42 Aristolochic acids and plants containing them

60 Contraceptives, hormonal, combined forms (those containing both oestrogen and a progestogen)

61 Contraceptives, oral, sequential forms of hormonal contraception (a period of oestrogen-only followed by a period of both oestrogen and a progestogen)

72 Etoposide alone and in combination with cisplatin and bleomycin

76 Hepatitis B virus (chronic infection with)

85 MOPP and other combined chemotherapy including alkylating agents

Addictive and probably carcinogenic: scientist reveals dangers of Daily Mail
Read more
96 Plutonium-239 and its decay products (may contain plutonium-240 and other isotopes), as aerosols

105 Silica, crystalline (inhaled in the form of quartz or cristobalite from occupational sources)

111 Thorium-232 and its decay products, administered intravenously as a colloidal dispersion of thorium-232 dioxide