This post is based on an email that was sent and in no way reflects the views and opinions of ''Met'' or Jamaicanmateyangroupie.com. To send in a story send your email to likeacopcar.78@gmail.com
January 29, 2016 7:50 am 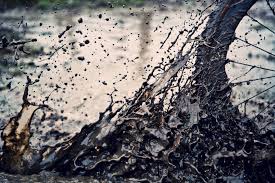 I hope you n the Metters‎ are doing fine.In my line of work I come across some cases that are histrie but due to the nature of those cases we can’t discuss them.However there are a few cases that are in the public domain n being a matter of public record (u can Google them), we are free to discuss.
I think it is critical that women hear this story and be put on their guard becuz it’s a matter of life n death.

Many Doctors share office spaces in urban jamaica cuz rent n mortage is soooo high to have their own building.So doctor J is a general practitioner n Doctor S is a Gyneocologist sharing office space side by side. This lady‎ n her hubby a use the 2 Doctors them for a Lil while as them personal doctors.One fateful day the wife went to her Gyneo cuz she felt some displeasure “down below” the previous day.Dr.S examined her n Met is rt there so the histrie kick off cuz I swear is first me EVER hear this.

Dr.S informed the Wifey upon inspection he found fecal matter in her vajay jay.He proceeded to remove a fair serving of specks of SHYT from the unbelieving wife.The wife had a million questions as to how shyt reach in there n what was said to her by Dr.S is/was the basis for the lawsuit. Dr.S simply said “ASK UR HUSBAND Mi Love”‎.Stay right deh so,soon come back to that but let’s move on to Dr.J now. Dr.J ran some tests for the lady Hubby,who wasn’t feeling well for a Lil spell.He informed the hubby hush but is the Big package u have,which is really HIV but every jamaican just always say AIDS!

The law is funny n tricky becuz the doc’s duty to his patient is to protect his privacy so surely he’s not allowed to go tell the world this man have Aids.However their duty of care is to inform the person to tell all their partners to prevent the further spread of the disease.It is a criminal act to knowingly infect others.Dr.J implored the hubby to tell his wife n di hubby refused n threaten fi sue him if him tell anybody that him have aids.More importantly he told Dr.J how he caught the disease.

Met the wife is very educated but even so most women have dem tactics how fi get info outta man.She use her head when she confront hubby n mek it look like is the Dr. Tell her all so hubby tun fool n start cuss say him a go sue the Doctors dem fi buss out him secret! In his lawsuit him claim Dr.J tell Dr.S who now tell him wife‎. The lawsuit outlines that hubby confided in Dr.J that he is gay n he contracted the disease from a new kingston male hooker frequenting knutsford blvd.The two Drs having colluded illegally disclosed his info n breach his patient’s rights to privacy by telling his wife causing her to file for divorce.

Met the only sensible point me read n see ‎him have a Lil case is that if a woman don’t practise the proper wiping technique when she do her biz,do do can easily reach in her vajay jay.Thus if Dr.S never tip off the wife bout ask hubby,it could’ve been she simply not wiping properly.The case got thrown out cuz my Boss a real top a top Lawyer enuh n a him represent the 2Doctors.We a warn the ladies fi wipe unno bottom good n proper please n if u do that n still find di di in there it is clear sumting wrong!

We a beg the downlow men dem fi stop shyt up the girl them tun tun plzzzz!! As wrong as it is to be gay n a cheat pon ur wife but u feel u can’t lef her n must keep up the facade,why not use a condom??She already a go drop dung Inna coma when u tell her or she find out u gay but why literally KILL her off with ur aids shyt u *#bo#mbu#$#Grazmite??!!