This post is based on an email that was sent and in no way reflects the views and opinions of ''Met'' or Jamaicanmateyangroupie.com. To send in a story send your email to likeacopcar.78@gmail.com
January 16, 2016 10:49 am

THE STRENGTH OF A WOMAN

After reading your last story, I felt I should share my experience so that men like me can learn and we should be able to control ourselves and our libido. I am not condemning the writer, neither am I condemning anyone, but I am just trying to say that as men we all must be prayerful and strong in our resolves. 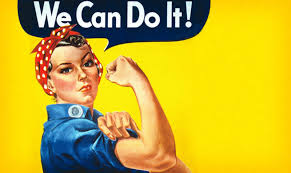 What happened to the man who narrated his story could happen to any man. Sometimes, I wonder if women are really the weaker sex we say they are. Believe me, when they set their minds at something, they always get it, which is why we should be careful.

My experience was a very shameful one; I find it easy to share now because I have been able with the grace of God to get over it. It was an experience that almost killed my wife. I wouldn’t have been able to live with myself if this incident had led to her death.

Meanwhile, all the while she kept quiet like the other writers wife I felt she had an ego and I was making excuses for my behaviour. The day she spoke up, I knew she was dying. This is why I am imploring him to seek his wife’s forgiveness. If she won’t talk about it, he should do so.

My own indiscretion was with my wife’s best lady and friend. Can you imagine! worst than the other writers. Sincerely, I didn’t mean to. I met this lady (names withheld) obviously through my wife. Then she was my fiancée, we became engaged when we finished our university education. She had always told me about her childhood friend whose parents had to move to Ghana.

After our university education, my fiancée’s parents decided that she should proceed to the United Kingdom for her Master’s Degree, so she didn’t stay behind for the National Youth Service. Her friend came in to the country few days before she was supposed to travel. We were introduced to each other and met again at the send forth party organised by my fiancée’s parents for her. At the party, I noticed she was trying to be over friendly, but I thought it was because she had too much to drink.

To cut the long story short, she went back to her parents in Ghana and my fiancé travelled. She returned after two years and we started our wedding plans. The first time I had sex with my wife’s best friend was on my bachelors’ eve.

As my wife’s chief bride’s maid, she could come to the party while my fiancé couldn’t. I didn’t know what happened, but I woke up in my hotel room and saw her naked beside me. I felt like crying and asked what happened; she smiled, stood up from the bed, walked around, smiled and dressed up and left.

I felt really bad and made up my mind that it would never happen again. The stet eve was a week before our wedding, I made sure I avoided her like a plague before the wedding, but I couldn’t avoid her on the wedding day.

She tried to meet my eyes several times, but I avoided her. At a level, my wife noticed that I was jittery and asked why, I told her everything was fine. I didn’t know she had her ulterior motive because she relocated to Nigeria from Ghana and got a job. Just after our wedding, my wife became pregnant. The pregnancy was a troublesome one for her and her mother who would have helped us out had travelled out of the country to take care of my sister-in-law’s baby in the UK.

We were left with my wife’s best friend who she believed so much in. I had lost my mother years before we got married, so there was no issue of asking my own mother to come over. It was during the time she came back to our life a s a helper that I started a relationship with her.

I must confess that I could not really say how it all started but what I had with her almost broke my home. It was so serious and intense that almost everyone around us knew and I was all the while deluding myself that my affair with her was a secret.

My affair with her was about two years when my mother-in-law called me and pleaded with me not to kill her daughter. She told me almost everyone is aware of my show of shame with my wife’s friend who at that time had become my wife’s enemy because she raised the issue of my immoral affairs with her.

I was shocked to the marrow and I wondered why my wife did not ask me or raise it with me at all. I couldn’t deny the allegation before my mother-in-law, I pleaded with her to help me beg my wife.

Eventually, she had to call my wife and I together, when she was asked to speak, her first word sliced my heart, I realised I had hurt her. I asked her to please, sop and pleaded with her to forgive me. I told her I will spend the rest of my life making it up to her and I am still doing so.

No matter the way we want to look at it, women are strong and powerful. I only pray that they will always be there for us in the positive way. As men, we should always be careful too. As for the writer, I pray he finds peace in his home.