This post is based on an email that was sent and in no way reflects the views and opinions of ''Met'' or Jamaicanmateyangroupie.com. To send in a story send your email to likeacopcar.78@gmail.com
August 23, 2014 8:08 am

I NO LONGER WANT TO BE A LESBIAN 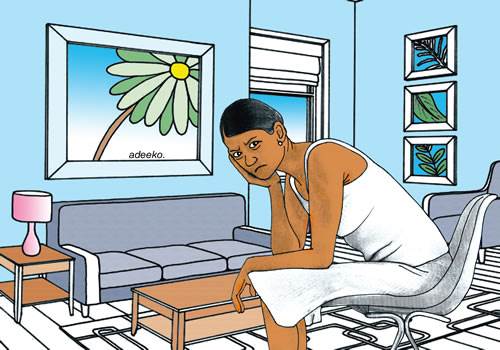 I believe I have to speak out so that I can get help. I have been a lesbian for about 12 years and I know that it is high time I stopped. I was innocently initiated into it by my cousin’s friend.

My cousin who just got married and resides in the city needed my help. She was in her first trimester and her husband needs to travel out of the country, my aunt asked me to stay with her because there was no one else available, also because I had just finished my Senior Secondary School examinations and I had nothing doing.

I gladly went to the city, because she was my favourite cousin and I know that I would really enjoy myself with her. I never knew destiny had something else in stock for me.

When I arrived at her house, I met a friend of hers who was already helping her before I came. I later learnt that she arrived from Italy few days before I came in from the village. When I saw the situation on ground, I saw that instead of helping my cousin, she was more or less adding to her burden.

She would seat and wait for her to make food, she couldn’t help tidy the house and she was always smoking and drinking alcohol. I made up my mind to help my cousin and that was what I did. I really couldn’t say if the fact that I was hard working as she claimed actually endeared me to her as she said or the fact that she found me attractive as she later said.

It all began one day when my cousin went to work, her friend called me into her room and told me she liked the fact that I was hard working and also that my skin was fair even without the use of any bleaching cream.

She started stroking my arm. Initially, I thought nothing of it, but when it turned into a caress, I made to leave the room. She was stronger and she said I should calm down as I will enjoy what she wanted to teach me.

I wasn’t stupid enough not to know about sex, I was 16, but I was naïve, I didn’t know anything about homosexuality or lesbianism. In fact, I was a virgin. She moved her hand gradually from my arm and cupped my breast and fondled my nipples. I became aroused. I really couldn’t describe the feeling then, but I can say now that I know better.

While she was at it, although, I enjoyed what I felt, but inside of me, I knew something was not right. I told her that, and then she asked if I had a boyfriend. I told her I was a virgin. She replied that what she was about to teach me will allow me to enjoy sexual pleasures without getting pregnant.

That was how it all started and she warned me not to tell my cousin she would not like it. She also made me realise that my sister got herself knocked up by a man who might probably be enjoying himself with another woman where he was.

She made me see the bad side of men, I had no choice than to tow her line and believe her because even my own father didn’t help matters, as he always maltreated my mother and was irresponsible. She would give me gifts and I would sneak into her room at night. Eventually, I moved into her room and we began our affairs without inhibition.

My cousin didn’t know that anything was going on, she only said it once that my relationship with her friend was more cordial, she liked it that way because it made things easier at home.

Without realising it, I became addicted to making love with my cousin’s friend, in fact, without knowing it; she deflowered me in the heat of passion one night. She thought me how to give her pleasure and she also did same to me.

At the initial stage, I didn’t really hate boys, I still had male admirers, but whenever my cousin’s friend saw me with any of the boys in the locality, she gets very angry. Sometimes, she would offer me expensive gifts.

We were into each other so much that I didn’t go home to see my mother when she fell ill. I got admission into the Polytechnic and she more or less footed all my bills. By this time, she had rented her own apartment and she used to travel to Italy to bring in clothes, shoes and accessories for sale.

I was one of the best dressed in school, courtesy my cousins friend and gradually she began to introduce me to some of her other friends. I also got connected with girls like me in school. I am pretty, so I was never shot of admirers; in fact a lot of them courted me with money and other goodies.

By the time I finished my Ordinary National Diploma (OND), my mother had started asking me to bring a suitor home. She didn’t know that I was into women. During my one year attachment, she took me to Italy with her, and unfortunately, I was introduced to hard drugs.

By the time I went back to school for my Higher National Diploma (HND), I have become a big girl and into a lot of vices. My mother and cousin and even my siblings wanted to know the source of my wealth, but I never told them.

I have finished school and I am into business now, all courtesy of my contacts and network. Sincerely, I am living well. Being the first child of my family, my mother especially is on my neck to bring home a man and get married. The unfortunate thing, however, is that such is the last thing on my mind.

My refusal to bring a man home, is equally delaying my sisters marriage. The turnaround for me however was what happened to a friend and mate of mine few weeks ago. Two of them, had a quarrel over a trivial issue and they stabbed themselves and bled to death. My cousin’s friend who also introduced me to the sexual preference has also become a shadow of herself.

Plus the fact that my mother weeps every time she sees me. I really desire to have a changed lifestyle, but I don’t know how to. I can’t open up publicly about my life style because I already have a name. Please, if you know how I can get help, I will really appreciate it