This post is based on an email that was sent and in no way reflects the views and opinions of ''Met'' or Jamaicanmateyangroupie.com. To send in a story send your email to likeacopcar.78@gmail.com
August 30, 2014 8:42 am

HER BEST FRIEND DESTROYED HER HOME 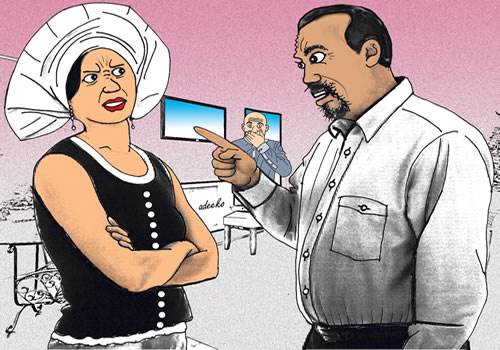 I am in a mess, a situation I created for myself by myself. I am in a situation where lies cannot help me, so there is no need to tell lies; this is why I will like to remain anonymous to your readers.

I am a married woman, I got married six years ago, and I didn’t have the opportunity of courting my husband for long. In fact, he came in as a saviour.

I have dated my former boyfriend for over nine years. When I started dreaming of the altar, he jilted me.

His excuse was that his mother who was his only living parent said we couldn’t marry each other because I am not from their tribe. She wanted her only son to marry from her tribe. Before I could say Jack, another woman was carrying his baby.

I was so devastated and I felt all had slipped away. It was about this time that I met my husband and I must confess that our meeting was divine. We met when I was at my lowest and at a time I couldn’t appeal to any man.

Even as at then, he loved me and will do anything for me. I gave him a tough time, because I never knew he was serious. I was careful because I didn’t want to fall prey again. Because he knew what happened to me, he was very patient with me. He stood by me till I got over the heart ache.

We started dating; he did not mince words to tell me from the onset that he wanted me as his wife. Before long, he swept me off my feet; introduced me to his family members, who also loved and accepted me without reserve. We got married without delay.

I had my fears initially, but I must confess that I grew to love him. My husband is kind, loving and extraordinary. Sincerely, he is every woman’s dream of a husband. In no time I became the envy of my friends.

Some people will say it is not easy to have it all, but sincerely, if I didn’t have it all, I had almost what I needed to give me joy with my husband.

While my former fiance and the wife his mother chose for him were struggling to have a child, I had two lovely children, a thriving business and a wonderful husband.

We lived in Lagos, my former boyfriend and his family lived in Abuja, but I was always in the know of what was happening to him through gists from our mutual friends.

Early this year, a mutual friend of my ex and I who was out of the country when we broke up came into the country. Because she was close to both of us, she went to Abuja and located him. When she saw me, she told me she didn’t like what she saw, she also said that he desired that I forgive him.

This was how we began to contact each other again, because I severed all communication with him after the broke up. He came to Lagos at my friend’s invite and we met. I didn’t like what I saw and I must confess that I realised I still loved him, it is a shame, though, but I couldn’t help my feelings.

I confided in my friend and she encouraged me to let him know how I still felt about him because according to her, he also feels the same way about me. That was how I started a relationship with my ex with the knowledge and encouragement of my friend.

I asked my husband to help him secure some contracts under the pretext that we were helping my sister’s cousin. It is so painful because, my husband trusted me so much that he didn’t even ask to meet who he was helping. My friend became the go-between him and I.

Probably because my friend was the middle person between us, she knew everything which transpired between my ex and I sometimes, I had to use her as an alibi to leave home. My husband’s job also takes him away from home most of the time, so I had enough time to.

The bubble however busted when one day my ex came into Lagos for business, my husband was out of the country. I had a date with my ex, but I was delayed because my daughter was ill. I phoned to inform him, he asked me to take my time with my daughter as he would still be in town.

I was able to leave my daughter with my sister after we returned from the hospital. I rushed down to the hotel where he was. The hotel staffs were used to the three of us coming in and going out together so they didn’t stop me at the reception.

I knew his room and I knew he was in, I barged into the room without a second thought. I was confronted with the worst sight ever; my friend and ex, were having sex.

Had I known, I would have turned round and walked out. I was too hurt to leave just like that. I raised my voice and created a scene. My ex tried to pacify me, but my friend became confrontational.

I went home angry and sad. I made up my mind never to have any to do with both of them again, but it was rather late.

My husband did not call me that night, which was rather strange, more so because I had earlier informed him of our illness. He also did not pick my calls when I called. It happened on a Wednesday. He returned at the weekend and told me everything I thought I have been hiding.

I was too socked to deny anything. My husband actually wept like a baby and he did not mince words to tell me how disappointed he was in me. My friend called him that very day the incident happened and told him my entire secret.

Till date, my husband is yet to say anything. Whenever I tried to raise the issue, he would tell me he doesn’t want to hear about it. Till date, that is what has been saying. Its over two months now, what can I do? Please help me save my life and home
Read 3405 times Last modified on Thursday, 28 August 2014 16:55