This post is based on an email that was sent and in no way reflects the views and opinions of ''Met'' or Jamaicanmateyangroupie.com. To send in a story send your email to likeacopcar.78@gmail.com
December 26, 2015 9:11 am

DAUGHTER PREGNANT FOR HER FATHER’S FRIEND 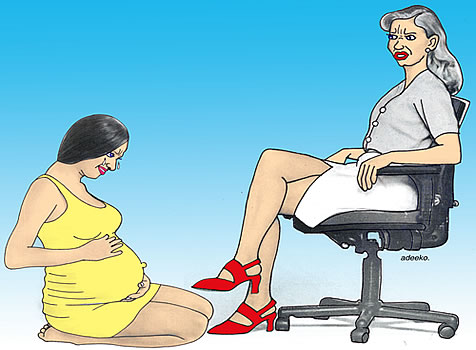 Dear Taiwo,
I am short of words and very unhappy. I have always tried to be a good mother to my children and the Lord of host will bear me witness that I tried to train them by laying good example, taught them with the fear of God, honour and honesty.
I have never thought that one day, I and my family would be at anyone’s mercy for survival, because my husband from the onset was a hardworking man who spared no expense to make sure that we had the best of everything. You may not understand the reason why I am so unhappy; I will tell my story so that you and your readers will help me out.
I am a mother of three, two girls and a boy; the first two are girls and in my mid 50’s. I have always prayed that all will be well with my family and I. I met my husband through his best friend who happened to be my elder brother’s friend.
My husband and Lani his best friend have been friends from primary school and remained so till date, but for this situation that is threatening to tear them apart, if my husband should learn about it.
Like I stated earlier, my husband and Lani are so close that they studied the same course in the university and when they finished, instead of searching for jobs, they started their own engineering firm. God blessed them and their business thrived.
Because of the close relationship between our husbands, Lani’s wife and I became close too and almost inseparable. We always stood by each other. I was there for her throughout the time she was waiting on the Lord for the fruit of the womb and when her baby came at about the time my second daughter, Grace came, we nursed the girls together.
Our children attended the same school and we did things together until about three years ago, when my husband fell ill. He suffered a stroke as a result of high blood pressure. We all rallied round to make sure he got well, but before we know what happened, his situation got worse.
Because of his condition, he became inactive in the business. Initially, I thought things would change, but Lani and his family has been wonderful until recently.
My husband’s friend made sure we got all we needed and despite the fact that my husband has not been active in the business, he gives him his share just like when he was active.
Like I stated earlier, my second daughter is about the same age as Lani’s only child, because of this, both are really close and inseparable. Many times she sleeps over in their house which is just next door and vice versa. They are both in the same private university and the same year.
I also give it to Lani’s wife; Grace, she has been like a sister and she has been there, but I noticed that recently, her attitude towards my second daughter changed. I didn’t want to ask because she has always treated her like her own daughter and if she has any reason to scold her, I believe she should. I really didn’t know there was much to it until my first daughter called my attention to it.
All the girls were home from school about three weeks ago, and my first daughter told me that she suspects that her younger sister has a relationship with uncle Lani. I almost slapped her, but controlled myself and listened to her. She also said she suspected that her younger sister was pregnant.
I couldn’t get over the shock until they all went back to school. I kept a watchful eye on my second daughter, I noticed that she did not go to the next house, she was busy with her phone pinging, giggling and replying messages. At a point, I became angry with her, and asked her to leave my presence.
I also got the shock of my life, when I entered her room the day they were returning to school; she was dressing up and I noticed some physical changes in her. I was not comfortable, so I went to meet her in school the following day. She couldn’t lie. She confessed she has been sleeping with her father’s friend and she is actually two months pregnant.
My world crashed, I asked if Grace knew, she said she suspected her and warned her. I guess that is the reason for the change in attitude, but Grace should have called my attention, or could she have thought I knew?
I went straight to meet Lani in the office when I left my daughter’s school. He knew what I came to talk about and prostrated to beg me. I didn’t know what to say or do. I left. He phoned to ask me to plead with my daughter to abort the pregnancy. I was shocked, because apparently, if my daughter had agreed to an abortion earlier, I wouldn’t have known.
My husband must not hear this for goodness sake. It will kill him. What will I do, how do I look at Grace in the face after all she has done. What happens to my daughter, she is just 18, and same age as Lanis daughter. Is abortion an option? Please help me out.
Dotun