This post is based on an email that was sent and in no way reflects the views and opinions of ''Met'' or Jamaicanmateyangroupie.com. To send in a story send your email to likeacopcar.78@gmail.com
July 16, 2016 9:41 am

WALNUT FOR DIABETES AND FERTILITY 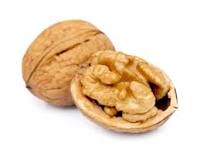 Walnuts do not only taste great, but support good health. Like most nuts, they could be easily added to a healthiest way of eating. Consuming walnuts every day could help to reduce cholesterol level, boosts sperm count and fertility, treat fibroid, and ease menstrual flow.

The nutritional properties of walnuts are again under the spotlight as a new review in the Journal of Nutrition points to the nut’s omega-3 content as a factor in reducing the risk of developing physical impairments in old age.

Walnuts are rich in alpha-linolenic acid (ALA), a plant-based omega-3 fatty acid, which makes up one of the nut’s profile of healthy polyunsaturated fats.

The study focused on data collected from 54,762 women in the Nurses’ Health Study, which tracked women for over 30 years.

According to these researchers from the Brigham and Women’s Hospital in collaboration with Harvard Medical School, participants who increased intake of walnuts, along with oranges, orange juice, apples and pears, and romaine or leaf lettuce, were less likely to have incidents of physical impairment that could restrict independence.

“The simple message from this study is that eating an overall healthy diet, including certain foods, such as walnuts and other whole foods, may help women with the ability to do key everyday tasks as they age, like carrying groceries or dressing themselves,” said Dr Francine Grodstein of Brigham and Women’s Hospital and Harvard Medical School.

Could walnuts help boost semen quality? A research data published in Biology of Reproduction indicated that consuming walnuts every day could help to improve the quality of semen in young men.

Led by Dr Wendie Robbins at the University of California, Los Angeles, USA, the research team reveals that eating 75 grammes of walnuts a day improves the vitality, motility, and morphology of sperm in healthy men aged 21 to 35.

The study assessed the semen quality of 117 healthy men between the ages of 21 and 35. After 12 weeks, the men consuming walnuts had significantly increased levels of omega-6 and omega-3 (ALA) fatty acids and experienced improvement in sperm vitality, motility, and morphology.

Those eating walnuts also had fewer chromosomal abnormalities in their sperm following the dietary intervention. The control group, on the other hand, experienced no changes.

Numerous studies have linked regular consumption of nuts to be beneficial to defer, prevent or delay some types of cancer, including breast colon and prostate.

A 2013 trial data, published in the journal Cancer Investigation, indicated that consumption of a ‘modest’ amount of walnuts may be associated with a protective effect against prostate cancer,

The walnut portion was not a large percentage of the diet. It was the equivalent to a human eating about two handfuls, a day, which is not a lot of walnuts.

Researchers have also shown that eating snack-sized quantities of walnuts could slow the growth of cancer. A team of researchers from UConn Health and The Jackson Laboratory for Genomic Medicine found that eating walnuts can reduce one’s risk of getting colon cancer, the third most common cancer in the world.

In the study, mice that were fed an ounce of walnuts daily developed fewer instances of colon cancer. It was suggested that walnuts may also act as a probiotic to make the colon healthy, which in turn offers protection against colon tumours.

Indeed, previous studies had shown that walnut prevents heart disease. They suggested eating walnuts at the end of a meal might help cut the damage that fatty food can do to the arteries.

It is thought that the nuts are rich in compounds such as omega-3 fatty acids, antioxidants and phytosterols that reduce hardening of the arteries, and keep them flexible, thus reducing the risk of heart disease.

Frequent consumption of walnuts also could help to slash the risk of type 2 diabetes by almost a quarter. Writing in the Journal of Nutrition, the team show that eating walnuts two or three times a week were associated with a 24 per cent reduction in the risk of developing type 2 diabetes.