This post is based on an email that was sent and in no way reflects the views and opinions of ''Met'' or Jamaicanmateyangroupie.com. To send in a story send your email to likeacopcar.78@gmail.com
November 21, 2015 10:50 am 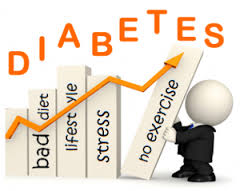 Many common herbs and spices are claimed to have blood sugar lowering properties that make them useful for people with or at high risk of type 2 diabetes.
Type 2 diabetes doesn’t just affect blood sugar and insulin secretion—it also can lead to a host of other problems including kidney damage, blood vessel thickening, nerve damage and pain.
A number of clinical studies have been carried out in recent years that show potential links between herbal therapies and improved blood glucose control, which has led to an increase in people with diabetes using these more ‘natural’ ingredients to help manage their condition.
Plant-based therapies that have been shown in some studies to have anti-diabetic properties include Aloe vera, mango leaves, garlic, holy basil, bitter melon, ginger and okra.
While such therapies are commonly used in ayurvedic and oriental medicine for treating serious conditions such as diabetes, health experts say there use as natural therapies to reduce blood sugars varies.
Experts’ comparison of aqueous and ethanolic extracts of four medicinal plants (Acanthus montanus, Asystasia gangetica, Emilia coccinea and Hibiscus rosasinensis) found that their extracts made with ethanol were more potent in reducing blood sugar than their water extract.
Acanthus montanus, commonly called English false thistle, ágàméèbù (Igbo); or ahÍn ¹ìkùn (Yoruba). Asystasia gangetica is ìkéré(Igbo), or òòkåìróò or lobiri (Yoruba). Emilia coccinea is òtei-ènç (Igbo) or òòdúndún-odò (Yoruba). Hibiscus rosasinensis is called Adodo pupa or Kekeke (Yoruba).
In this 2015 study, the experts declared in the Journal of Interculture and Ethnopharmacology that the combination of the herbal extracts synergistically improved the therapeutic potentials of the individual herbal extracts.
The study involved Paul Chidoka Chikezie at the Imo State University, Owerri in collaboration with Okey Alphonsus Ojiako and Agomuo Chizaramoku Ogbuji.
The study to ascertain the capacities of crude aqueous and ethanolic leaf extracts of four plants as well as their combinatorial formulations to reduce blood sugar was carried out in diabetic rats.
This is on the premise that herbal concoctions from different plants might serve to potentiate the efficacy of the herbal extracts toward reducing blood sugar.
The experts, who showed that these herbal extracts and its combinatorial formulations exhibited divergent blood glucose lowering effect in these rats, saying they contain a variety of anti-diabetic phytochemicals.
Meanwhile, corn silk is also said to work on diabetes. Chinese researchers at Henan College of Traditional Chinese Medicine, Zhengzhou, China, indicated that corn silk showed good effect on decreasing blood glucose and protection action on the kidney and pancreas injury in the rats with medically induced diabetes using streptozocin (STZ), a naturally occurring chemical.
Japanese researchers at the Meiji Pharmaceutical University, Japan, in another study published in Biological & Pharmacological Bulletin, have found that the water extract of corn suppressed the progression kidney disease in STZ-induced diabetic rat.
Also, according to a new study presented at The Endocrine Society’s 97th annual meeting in San Diego, United States, the extract of onion bulb, strongly lowered high blood glucose (sugar) and total cholesterol levels in diabetic rats when given with the antidiabetic drug metformin.
Researchers have also found, in clinical studies, that crude onion produced hypoglycemic effects and could be used as a dietary supplement in management of type 1 and type 2 diabetes mellitus. The study was published in the journal Environmental Health Insights.
Nigerian researchers from Nnamdi Azikiwe University, Agulu campus, Anambra State, have also established the antidiabetic efficacy of combined aqueous extract of Gongronema latifolium (utazi in Ibo, arokeke in Yoruba) and onion a popular polyherbal therapy in treatment of diabetes mellitus in South Eastern Nigeria.
The study, published in Journal of Pharmaceutical and Biomedical Sciences, showed that the polyherbal antidiabetic remedy expressed good actions in reducing blood glucose when combined in the ratio of 1:1 or 2:1 than 1:2.
Researchers said a meal of fluted pumpkin (ugwu) leaves and seeds could be used to lower diabetes and heart disease risks. Researchers at the Faculty of Pharmacy, University of Uyo, Akwa-Ibom State, as well demonstrated how fluted pumpkin leaves reduced ‘blood sugar levels.”
In addition, water extract of African mistletoe, researchers said in the 2014 edition of the journal, International Research Journal of Natural Sciences, was very safe and potent to lower blood sugar and cholesterol.