This post is based on an email that was sent and in no way reflects the views and opinions of ''Met'' or Jamaicanmateyangroupie.com. To send in a story send your email to likeacopcar.78@gmail.com
September 9, 2017 11:18 am

In recent times, the number of people in their 40s and 50s having strokes has increased with obesity and sedentary lifestyles blamed for the rise. The victims include young and old, rich and poor. 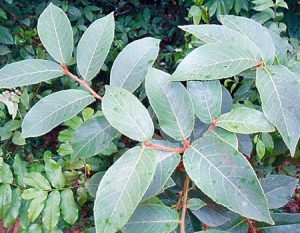 Unfortunately, the mortality and disability from stroke remain among the highest globally. In fact, the consequences of stroke are insidious.

However, a recent study by Nigeria researchers in the African Journal of Traditional, Complementary, and Alternative Medicines has indicated that Antiaris africana could be an effective remedy stroke and other neurological diseases.

The local plant, according to the study, titled: ‘ Modulation of Key Biochemical Markers Relevant to Stroke by Antiaris Africana Leaf Extract Following Cerebral Ischemia/ Reperfusion Injury” is also protective against brain damage and deformity that stroke can cause.

In the northern part of Nigeria, it is traditionally used for the management of mental and nervous disorder. Different parts of the plant are reportedly used for the treatment of various ailments ranging from rheumatism, respiratory problem, stomach pain, syphilis, leprosy, purgative and sore throat to epilepsy.

In the study, the researchers checked for the effects of the water extracts of Antiaris Africana on alterations in brain of male wistar albino rats with stroke over a 14-day period.

The researchers suggested that A. africana leaf extract protects against stroke and other brain disorders by ameliorating cascades of reaction that causes the brain injury, thus signifying its potential relevance as a veritable pharmacological intervention against stroke.

In fact, stroke is totally not too difficult to prevent and treat. Many people do not want to go to the hospital because it seems to be very serious as they just want to move on.

But, in 2014, experts said that pomegranate extract is also protective against poor blood supply to the brain, thus helping to preserve brain DNA integrity from stroke.

Under laboratory conditions, Egyptian scientists in the journal, Life Science, found that pomegranate offer a significant dose-dependent protection against reduced blood flow to the brain and subsequently brain injury and dysfunction in rats.

In the study, researchers said in the 2013 journal, Evidence-Based Complementary and Alternative Medicine suggested a role for pomegranate juice in augmenting memory function through task-related increases in functional brain activity.

Of course, this exotic and unusual fruit is filled with antioxidants and beneficial compounds that have been shown to potentially help with everything from foetal health to weight loss. When cut in half, the fruits resemblance to a human heart is unmistakable and offers a hint as to its health perks.

Moreover, bitter kola and garlic are also named as protective against poor blood flow to the brain and subsequently lowering the chances of a stroke.

Fresh garlic contains several compounds, the most important of which is allicin. This has been shown to protect against high blood pressure, infections, indigestion amongst other conditions.

Several studies have shown that it can reduce harmful cholesterol by about 12 per cent, and inhibits new growth of plaque in the arteries that can lead to heart attack or stroke. Garlic may also inhibit the growth of cancer cells and strengthen the immune system.

Carrots are rich in beta-carotene and other carotenoids, all members of the vitamin A family. In a Harvard study of 87,245 female nurses, consumption of carrots significantly reduced stroke risk.

In the study, women who ate five servings of carrots a week suffered 68 per cent fewer strokes than those who ate carrots less than twice a month.

Other studies show that people can reduce their risk of stroke by as much as 54 percent if they eat lots of fruits and veggies that are rich in beta-carotene and vitamins C and E.

In addition, studies at Tufts University in Boston and the University of Alabama in Birmingham have demonstrated that folate which is present in spinach, cabbage, pawpaw and okra can help prevent both heart disease and stroke.

Compared with people who consumed little folate, those who ingested the most were only half as likely to show narrowing of the carotid artery, the artery that leads to the brain.