This post is based on an email that was sent and in no way reflects the views and opinions of ''Met'' or Jamaicanmateyangroupie.com. To send in a story send your email to likeacopcar.78@gmail.com
July 9, 2016 9:27 am

SHOULD WE ELIMINATE SUGAR FROM OUR DIET?

Sugar seems to have developed a reputation as being bad for health. Numerous studies have associated sugar intake with increased ageing, tooth decay, type 2 diabetes, obesity and even cancer.

Such research has led to health experts calling for reductions in the recommended sugar intake, with some saying individuals should cut out sugar completely.

But sugar, a simple carbohydrate that comes in many different forms such as sucrose, glucose, lactose, and fructose, is one of the nutrients that keep the cells of the body alive.

In March 2015, the World Health Organisation (WHO) published new guidelines recommending that adults and children alike reduce their consumption of free sugars to less than 10 per cent of their total energy intake, with further reduction to below five per cent associated with additional health benefits.

The WHO is worried that consumption of free sugars may cause people to eat fewer foods that contain “nutritionally adequate calories” and increase total daily calorie intake.

Free sugars include glucose, fructose and sucrose added to foods and drinks, as well as those naturally present in syrups, honey and fruit juice. However, it does not apply to sugars found naturally in fresh fruit, vegetables or milk.

But is it really that bad for our health? Should it be eliminated from one’s diet?

Being aware of the existing and added sugar contents of the foods and drinks consumed is vital for health, especially today that so many products have sugar added to them. However, free sugars are better avoided by persons with diabetes as well as those predisposed to diabetes, said Dr Adebowale Adewunmi, a consultant nephrologist, Lagos University Teaching Hospital (LUTH).

But it is even difficult to say the amount of sugar those without diabetes should take in a day. He said: “Sugar is an energy source and, as such, the caloric or energy need of an office worker is far lower than that of an artisan.”

While an artisan will burn the sugar off faster than an office worker, he said “for a diabetic, no matter the level of activity or exercises that is done, the sugar stays in the blood unused and will continue to rise.”

Why individuals should monitor sugar intake

A persistent high level of sugar in the blood is poisonous to the body and, overtime, leads to complications such as poor vision, kidney failure and so on.

“The level of production of insulin by the pancreas, the hormone that helps the cells to absorb sugar from the blood, reduces with age. So, some elderly people do not have effective insulin production and they must cut down on their sugar or stop its consumption.

“I usually advise that anybody who is above 40 years should not be adding sugar to their food. Rather they should use a natural sweetner like honey.

“Even for those that are not diabetic, there is a tendency for sugar problem from age 40. That is when type 2 diabetes begins to show up even in people without a family history of diabetes.”

Moreover, Dr Adewunmi said a past epidemiology study found an increased incidence of diabetes when a soft drink manufacturer was doing a promo. With the cork of the soft drink, its manufacturers said consumers had the chance of winning a million naira.

Sugar can be a part of a healthy diet and when one’s pancreas works well, it would neutralise its effect, said Dr Tolulope Adewole, a consultant chemical pathologist and Executive Director, Pathcare Laboratories, Lagos. 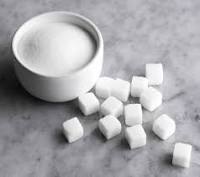 He declared that what is not known is who has malfunctioning insulin or has a poor production of insulin since individuals have different genetic predisposition to diabetes.

But the source of sugar that we eat is much more than from free sugar. All foods, whether rice, beans or bread, are broken down into sugar in the body.

“So, in essence, the amount of food consumed is as important as cutting down on intake of sugar as well as avoidance of refined sugar like fizzy drinks,” said Dr Adewole.

Food labels contain only information on total sugars per serving, and tell us nothing about added sugar. It is therefore almost impossible for consumers to determine the amount of added sugars in foods and beverages.

Purchase sugar-free or low-calorie beverages
Try cutting back on the amount of sugar personally added to food and drinks, such as pancakes, coffee and tea
Avoid fruit canned in syrup. Instead, go for fruit canned in water or natural juice
Add fresh fruit to cereal or oatmeal instead of sugar
Add spices such as ginger to enhance foods instead of using sugar
When baking cakes, cut the amount of sugar used by one third to one half
Try non-nutritive sweeteners- such as aspartame or saccharin – in moderation.