This post is based on an email that was sent and in no way reflects the views and opinions of ''Met'' or Jamaicanmateyangroupie.com. To send in a story send your email to likeacopcar.78@gmail.com
September 16, 2017 11:31 am

HERBS ALONGSIDE MEDICATION FOR DIABETES MANAGEMENT

It is becoming increasingly evident that patients with diabetes do not rely only on prescription drugs for their disease management. The use of herbal medicines is one of the self-management practices adopted by these patients, often without the knowledge of their healthcare practitioners. 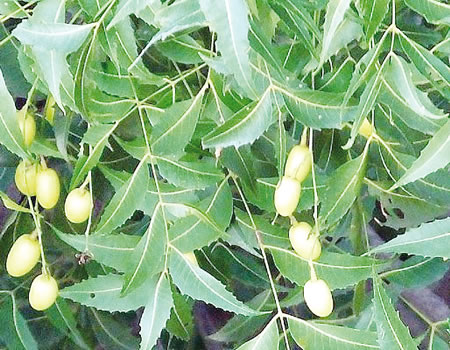 Evidence suggests a higher use of herbal medicines among patients with more severe diabetic conditions. Often times, they resolve to this due to the difficulty in attaining adequate blood sugar control. This increases the risk of diabetic related complications they have to deal with for a long time.

In a study of 112 patients with type-2 diabetes attending two secondary health care facilities in Nigeria, 50 per cent of them also take herbal medicines alongside their prescription drugs.

These were the Pharmacy departments of two secondary health care facilities—the General hospital in Lagos Island and Central hospital in Benin City—two urban cities in the southern part of Nigeria.

Herbal medicines included supplements containing extracts of medicinal plants, non-standardised herbal preparations from herbalists, herbal preparations made by the patients themselves using plant parts purchased in herbal markets or collected from their own gardens.

Worryingly, 60 per cent of the patients taking herbal medicines do not know their identity, thus increasing the risk of unidentified herb-drug interactions (HDIs). It also highlights their complete ignorance of the risks of HDIs.

Previous studies have shown that a patient is more likely to use herbal medicine if such practice is common in his/her family and if he/she is convinced of its efficacy.

Researchers in the 2016 edition of the journal, Frontiers of Pharmacology, carried out a survey on herbal medicines used by patients in Nigeria for the management of diabetes.

In the survey, 11.6 per cent of the patients use squeezed extract of bitter leaf along with their diabetic prescription to control their blood sugar level. This was followed by the use of scent leaves.

It was also to assess the potential for HDIs amongst this “at risk” group based on available information about herbal medicines and the prescribed drugs used by the patients.

Although many studies have validated the traditional use of these 12 plants in diabetes management, they cautioned that eight of the identified plants have a potential to cause HDIs when co-administered with prescription medicines.

In addition, three of the plants—neem, Picralima nitida and Tropical almond— have been known to cause specific organ toxicities in large doses.

According to them, “This assessment shows that based on available information, all of the prescribed drugs may interact with one or more of seven out of the 12 identified herbs.”

Researchers suggest that interactions between prescribed drugs and herbal medicines were due to their overlapping effect on common targets such as enzymes and/or proteins.

Findings of an animal study, they said indicated that the concurrent use of okra with metformin can cause a reduction in absorption of this prescription drug in the intestine of a diabetes patient, thus making it less effective in blood sugar control.

In addition, they pointed out that mango leaves have the potential to interact with almost all types of prescription drugs for blood sugar control in diabetes.

Similarly, ingestion of scent leaf, Picralima nitida, and tropical almond, they said could enhance the toxic effects of other drugs such as atorvastatin for cholesterol reduction on the liver.

Studies have shown that the risk of harmful drug interactions increases with the number of drugs given to a patient, including herbal medicines.

Moreover, researchers also warn of possible reduction in blood sugar control by diabetes medications taken at the same time with Moringa oleifera and its other products.

They declared in the 2016 Journal of Ethnopharmacology that findings from a animal studies indicated that its concurrent use with prescription drugs such as Sitagliptin can compromise blood sugar level control with negative consequence in diabetic retinopathy.

They, therefore, highlighted the need for proactive approaches from healthcare practitioners to enhance increased communication with patients about their use of herbal medicines as these would enable adjustment to accommodate the added benefit of the herbal medicine, or a complete withdrawal, if harmful.