This post is based on an email that was sent and in no way reflects the views and opinions of ''Met'' or Jamaicanmateyangroupie.com. To send in a story send your email to likeacopcar.78@gmail.com
August 7, 2013 1:17 pm

WHAT A SHAME PAN JAMAICA 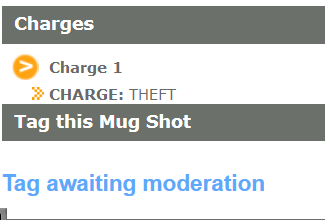 MOSCOW, Russia:
It has been revealed that Jamaican 400m athlete Ahkeem Gauntlett was arrested and charged for theft by police in Arkansas, USA, on June 14, 2013, days before he competed at the National Championships in Kingston.

The details of Gauntlett’s arrest along with his personal information are currently available on several state and county corrections and criminal records websites and resources.

Gauntlett, finished third in the men’s 400m final secured a spot on Jamaica’s team to the IAAF World Championships in Athletics but he recently pulled out citing personal reasons.

Gauntlet represented Jamaica at the Central America and Caribbean Championships in Athletics in Morelia, Mexico in early July.

Dennis Gordon, Press Liaison representative for the Jamaica Athletics Administrative Association here at the World Championships, noted that the association was not in a position to say much on the matter.

“At this point we can only repeat that the athlete withdrew from the World Championships team because he told us he had some personal matters to deal with,” Gordon told The Gleaner. “The offense that he is accused to have committed happened before our championships and we were not informed of it.”

Attempts to contact Gauntlett over the past few days have been unsuccessful.