This post is based on an email that was sent and in no way reflects the views and opinions of ''Met'' or Jamaicanmateyangroupie.com. To send in a story send your email to likeacopcar.78@gmail.com
June 3, 2016 7:08 am

LOTTERY SCAMMER SCAMS 85 YO OUT OF 23K

An 85-year-old Harrison woman called police after a phone scammer had bilked her out of thousands of dollars last month. Then she and detectives pulled off some tricks of their own to catch a man accused of running the scheme from Maine. 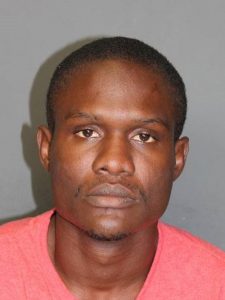 In this latest case, Wallace conned the woman out of $23,900, police said. Wallace may be linked to similar scams along the East Coast and had been sending the money to a ringleader in Jamaica, where authorities are helping with the investigation, police said.

The scam started May 18, when the woman received a call from someone claiming to represent a credit card company who told her that there were some large charges on her account, police said.

The caller then transferred the woman to a man who identified himself as “Trooper Philips,” who told her that he was investigating a problem at Chase Bank and needed her help to determine who was involved, police said.

“Trooper Philips” told the woman that she needed to withdraw $23,900 from her account and send that amount in cash via FedEx to an address in Portland, Maine, and that she would be reimbursed later, police said.

The woman complied, believing she was helping federal investigators, and sent $23,900 to a Marriott hotel in Portland where a man picked up the money, police said.

On May 20 the woman called “Trooper Philips” to ask about getting reimbursed, and he told her that they were still working on the case, police said.

She then realized she had been scammed and called Harrison police.

The next day, Harrison detectives traveled to the Portland Marriott, where staff provided a description of the man who had picked up the cash.

Detectives then hatched a plan to set up “Trooper Philips.”

The victim, in cooperation with the police, called the phony trooper and told him she could send him more cash to help his investigation, police said. He took the bait, police said, and told the woman to send more cash to a location in Falmouth, Maine.

On May 28 Wallace, who had been living in Falmouth, picked up the package and was arrested by Harrison police with the help of Falmouth police. Police said Wallace was also the one who had picked up the shipment of cash in Portland.

They said Wallace agreed to return to New York to face the charges. He is being held without bail at the Westchester County jail.