This post is based on an email that was sent and in no way reflects the views and opinions of ''Met'' or Jamaicanmateyangroupie.com. To send in a story send your email to likeacopcar.78@gmail.com
August 4, 2017 7:20 am

JAMAICAN MAN WITH US FAMILY DEPORTED

A Connecticut man who immigrated nearly 20 years ago to the United States — where he held a stable job and raised his family — got deported to his native Jamaica, despite a last-minute plea for the Trump administration to intervene on his behalf, his lawyer said to Fox News on Thursday.

“It was my hope that somebody would hear my cries for fairness and justice,” attorney Ryan McGuigan said of his client, Hugh Williams, who was deported July 27 — leaving behind his wife and children, all of whom are U.S. citizens.

“The administration certainly has a duty to protect our borders and to evict people who are not here lawfully and who commit crimes,” said McGuigan. “Nevertheless, there are exceptions to every rule.” 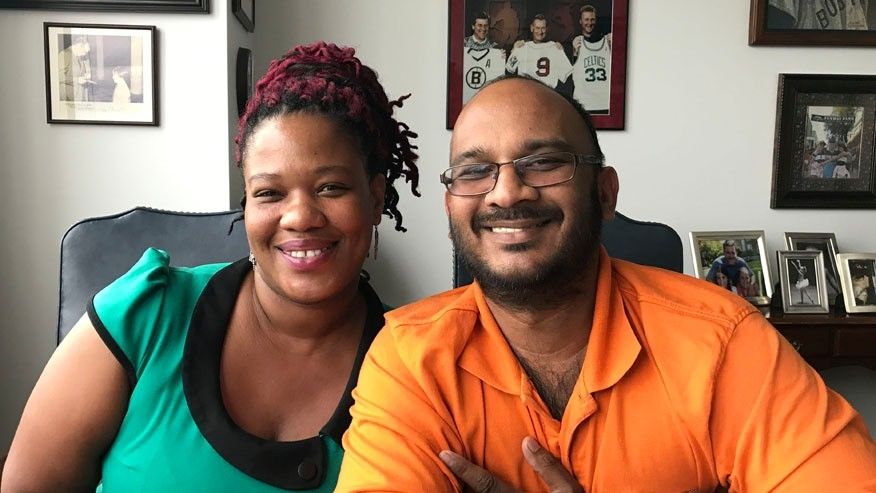 By most accounts, Williams’ life represented the American Dream — a Jamaican immigrant who came to Connecticut nearly 20 years ago, working as a supervisor at the Home Depot to provide for his wife and three sons, one of whom is in the U.S. military.

Williams 3Expand / Collapse
Williams, 37, left, with his three children and wife. (Williams Family )
But Williams was deported to Jamaica over a 2002 felony marijuana conviction his lawyer said was the result of shoddy legal advice given by an attorney who is now disbarred.

In an interview last week, the 37-year-old Williams’ told Fox News he was hoping for a pardon from President Trump, saying the deportation order would “break my family apart.”

Williams was arrested in 2002 for felony possession of marijuana – his first and only arrest in his life, McGuigan told Fox News.

Based on advice from his attorney at the time, Williams pled guilty to felony possession of marijuana and served three years of probation without incident. The attorney, Joseph Dimyan — who was later disbarred for stealing money from his own clients — also advised the father of three to use a pseudonym while he was in court, according to Williams.

“Had Mr. Williams been charged with the same offense today, he could have used a drug program or pled to an infraction,” McGuigan said.

On a return trip from Jamaica in 2012 — 10 years after the marijuana arrest — Williams was held up in U.S. Customs at John F. Kennedy International Airport after a fingerprint scanner revealed he had previously been convicted of a drug charge using a false name.

Williams was soon issued a deportation order, though it was not enforced. Under the Obama administration, many immigration lawyers said their clients often were told they faced no immediate risk of being deported and could temporarily remain, so long as they committed no crimes.

Shortly after Trump took office, however, Williams was told his time here is up.

“It was the new enforcement from the Trump administration that became the issue,” McGuigan said. “This is what happens when you cast a wide net. Obviously there are dangerous felons who need to be deported — people who came here illegally with the intent of committing crimes in our country. And then there are many people, like Mr. Williams.”

In early June, Williams was informed by Immigration and Customs Enforcement that he would be deported to Jamaica on July 27.

“My client was deported last Thursday pursuant to ICE’s order,” McGuigan said. “We had filed every emergency appeal that we could have to try and keep him in the country but to no avail.”

An ICE spokesman was not immediately available when contacted Thursday about the case.

The agency told the Associated Press in June that it is tracking nearly 970,000 immigrants with deportation orders. The majority — 82 percent — have no criminal record, according to the AP.

Williams, who was a longtime supervisor at a Home Depot in Connecticut, has three teenage children. His 19-year-old son is currently training with the U.S. military.

“In the last 15 years, my client has been a law-abiding citizen and pursuant to that he left the country in accordance with the law,” added McGuigan, who said he will try to bring Williams back into the U.S.

“There should be some sort of review board the administration puts together to see that some people should be allowed to stay in this country,” he said. “There should be some understanding that the people they’re retaining — they’re getting them because they’re not lurking in the shadows. They’re out there pursuing the American dream.

“You have to have some sort of humanity,” McGuigan said.