This post is based on an email that was sent and in no way reflects the views and opinions of ''Met'' or Jamaicanmateyangroupie.com. To send in a story send your email to likeacopcar.78@gmail.com
August 20, 2013 7:39 am 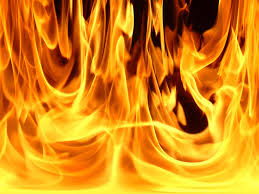 On August 21, Eugene Griffiths is to return to court for sentencing after its alleged that he beat his girlfriend who is seven months pregnant.

Griffiths appeared in the Corporate Area Resident Magistrate’s Court on Friday on malicious destruction of property and unlawful wounding charges.

It is alleged that clothing that was bought in preparation for the complainant’s baby was set ablaze during a dispute at the couple’s home.

The court heard that the complainant spent two weeks in hospital as it’s alleged that Griffiths used a piece of board to hit her in the head.

“Your Honour, I was admitted in hospital for two weeks because him lick me in my head with a piece of board and said that I am not pregnant. Him burn up my baby clothes and mash up my fan and my iron,” the complainant told the court.

Senior Resident Magistrate Judith Pusey rubbished Griffiths’ explanantion and ordered that he should return to court with $30,000 to compensate the complainant