This post is based on an email that was sent and in no way reflects the views and opinions of ''Met'' or Jamaicanmateyangroupie.com. To send in a story send your email to likeacopcar.78@gmail.com
January 7, 2016 9:15 am

A flight attendant who admitted to trying to smuggle more than 6.5 pounds of cocaine into South Florida in his spandex underwear has been sentenced to two years and six months in federal prison.

Myers was arrested in September at Fort Lauderdale-Hollywood International Airport after working on a Caribbean Airlines flight from Montego Bay, Jamaica.

US Customs and Border Protection officers said Myers became nervous when they searched his baggage. 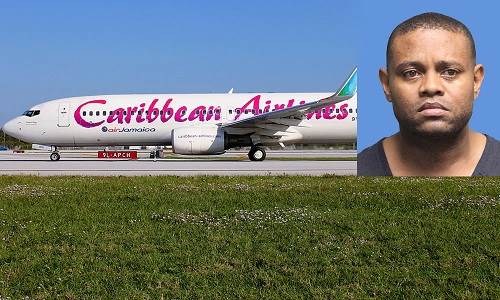 Myers admitted he was smuggling cocaine, showing officers four packages duct-taped to his thighs and ankles, concealed in the long-legged compression pants he was wearing under his uniform.
Defence lawyer David Oscar Markus says Myers acted completely out of character.