This post is based on an email that was sent and in no way reflects the views and opinions of ''Met'' or Jamaicanmateyangroupie.com. To send in a story send your email to likeacopcar.78@gmail.com
August 27, 2013 6:58 am

WHO DO YOU BELIEVE 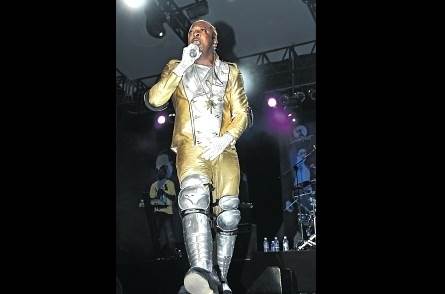 MUNICH, Germany — Deejay Elephant Man is taking a beating in the German press which reports he has not shown at several reggae shows for which he was booked.

It is also alleged retainer fees were collected on his behalf.

[Hide Description] ELEPHANT MAN… I didn’t have any show in Germany on Friday, nor did I collect a deposit
[Restore Description]
1/1

One of the shows is the annual Chiemsee Reggae Summer Festival, one of Europe’s largest reggae shows, which takes place in the south of Germany in August.

Elephant Man was advertised to perform on August 23, opening night of the three-day show in Uebersee near Munich. Contacted by the Jamaica Observer, Maria Perreiter, public relations officer for Chiemsee, referred to a public announcement on the show’s website which reads: “We regret to inform you that Elephant Man will not be appearing at the Chiemsee Reggae Summer Festival 2013. After appearing on various shows in Europe, the artiste has hastily left from Brussels towards Jamaica, apparently with a six-figure amount he received in advanced payments as retainer fees from several show promoters. With this behaviour, Elephant Man has shown that he has no regard for contracts, and even worse, for his fans.”

It is also reported on the Internet that Elephant Man failed to show for a concert at The Docks in the German city of Hamburg on August 17. It is alleged he was paid a retainer fee by promoters. The promoters were, however, not available to confirm or deny these allegations.

Elephant Man has had prior run-ins with German promoters. Scheduled tours to the country by the self-proclaimed ‘Energy God’ were cancelled in 2009 and 2012.

Contacted by the Observer, Elephant Man denied claims by organisers of the Chiemsee Reggae Summer Festival that he failed to show.

“I didn’t have any show in Germany on Friday, nor did I collect a deposit to perform. I was in Europe for two weeks where I performed at several music festivals. If I was slated to perform on Friday I would not have left the continent on Thursday to return to Jamaica,” said Elephant Man.

He added that he had another engagement in the United States last Friday.