This post is based on an email that was sent and in no way reflects the views and opinions of ''Met'' or Jamaicanmateyangroupie.com. To send in a story send your email to likeacopcar.78@gmail.com
November 6, 2015 10:26 am 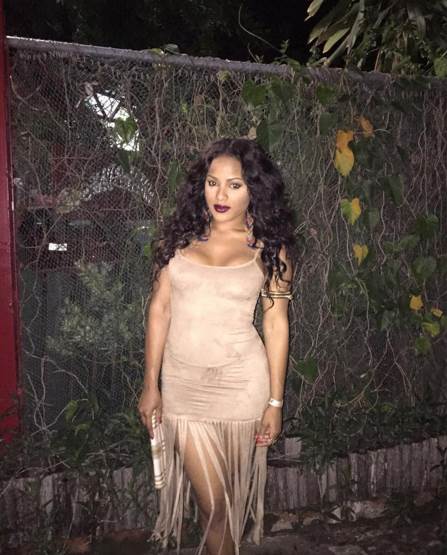 A white Benz that was gifted to dancehall artiste Ishawna, THE WEEKEND STAR has learnt that the vehicle has been seized by the courts.

The Restraining Ordersinger’s automobile was among several items handed over to the relevant authorities yesterday.

Since news of the incident broke early Thursday morning, speculations arose as to what caused the seizure. However, a press release from DownSound Records (DSR) later revealed that the automobile was seized as a result of a matter currently before the courts. The statement highlighted that several assets belonging to Joe Bogdanovich, owner of DSR, were seized as part of the court settlement in a matter involving himself, Cordel ‘Skatta’ Burrell and producer AndrE ‘Rookie’ Tyrell.

absent
“DSR was absent from several court hearings because the record company was going through several transitions at the time. As a result, assets were seized today,” the statement read.

Bogdanovich refused to give any other details surrounding the issue, instead stressing that the matter is currently before the court.

“It is a legal matter which is currently before the courts, and is being addressed by our attorneys who will comment further at the appropriate time,” he said.

payment
Last month, Burrell and Downsound Records were ordered by the courts to pay $15 million in damages for use of the rhythm on Street Hustle, a song done by 2011 Magnum Kings and Queens of Dancehall winner, Specialist. In documents submitted to the court surrounding the case, Tyrell charged that Skatta and Downsound Records created a beat that they named the ‘Street Hustle’ rhythm, which was a reproduction or adaptation of his ‘Super Star’ rhythm. Tyrell claimed that he was not compensated for his work even though it was used in the song, as well as for a major advertising campaign.

The courts ruled on the matter and ordered that Tyrell be paid $9.5 million for statutory damages under the Copyright Act; $2.5 million for breach of moral rights, and US$15,000 (J$1,785,000) for general or compensatory damages.