This post is based on an email that was sent and in no way reflects the views and opinions of ''Met'' or Jamaicanmateyangroupie.com. To send in a story send your email to likeacopcar.78@gmail.com
July 25, 2016 2:52 pm

Spice is a hypocrite – Don Andre says after Sumfest ‘attack’

High-riding dancehall artiste Don AndrE yesterday caused a stir on social media, after he released alleged cell phone conversations between himself and Spice during which the ‘So Mi Like It’ deejay requested to share stage for the performance of his song ‘Tom Cruise’.

According to Don AndrE, his reluctance to perform his song with Spice led to her lyrical attack at Reggae Sumfest Dancehall Night on Friday.

The messages said to be from Spice’s cell phone read “Wah gwaan Don AndrE. As mi did a sey to Heavy D, we a go work with the unity program. Yu done know sey mi like the Tom Cruise song already, so me say mek wi work a thing for Sumfest because my dancer them can come up with a bad choreography … mek wi surprise the people dem and do a thing together. Mi a guh flip the song and all that.” 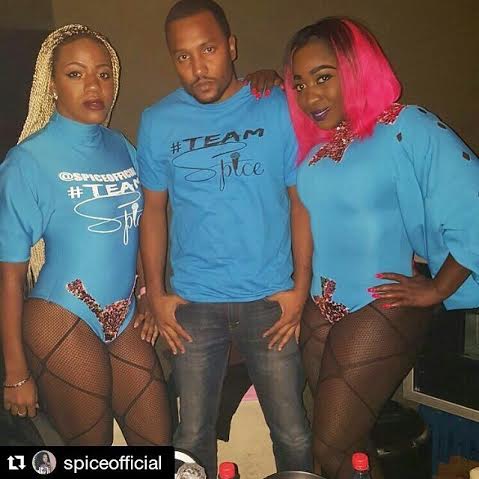 Don AndrE allegedly responded “Ya link me late Spice. Mi done rehearse wid Ding Dong and Ching. Mi love the unity idea though we still have to do something together.”

When contacted by The STAR, Don AndrE said based on the above conversation he was surprised by Spice’s attack.

“It’s sad that my name was dragged into this situation. I have nothing but love and admiration for Spice and her work. The irony is that she attacked my brand at Sumfest, and the people already saw the footage as proof, she started this whole drama. Spice likes to be in the news, so I guess this is just another ploy. I love my mother and all women and will never say a word of disrespect against her. May God be with her. I only released the messages to add some clarity to the situation because I am not in music for the drama. Being on Sumfest was a dream come true, and it’s sad to see an icon trying to stop that. I also find that ironic since Spice used to accuse Lady Saw of the same thing she is doing. Anyway, I love you Spice, but what you did was hypocritical,” he said.

Spice, who is in Miami, took to her Instagram to refute Don AndrE’s claims in a lengthy explicit post. She even stated that she had no interest to allow the Tom Cruise singer to share her stage.

“You and I don’t have a combination, why would I beg to perform with you at Sumfest. I had my own set. What are you talking about? Now this is the only time mi a guh look pan yu because mi can’t buss yu. Guh buss the bump dem pon yu nose. I have been flipping songs ever since my career started and every artiste know sey a so dem thing ya go,” she said, among other things.

Spice and Don AndrE had been at odds since earlier this year when Spice’s former dancers opted to share duties with Don AndrE. The two had appeared to bury the hatchet until Spice’s recent lyrical attack.