This post is based on an email that was sent and in no way reflects the views and opinions of ''Met'' or Jamaicanmateyangroupie.com. To send in a story send your email to likeacopcar.78@gmail.com
January 17, 2015 8:17 am 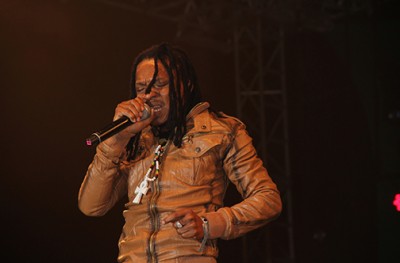 Nature’s music was understated approaching good drum and bass music totally locked in the pocket. Nature movement from one song to the next was seemless and effortless and with SONGS that are all strong. You know how you can tell how good he was? EVERYBODY on the stage including stage hands and other musicians prepong for the next set on stage were all glued to his performance including the stage manager who did not know that Nature went 35% over his alloyed time

Jamaica- Recording artiste Nature a short while ago excited the fair sized- crowd now attending Rebel Salute 2015 being staged at Plantation Cove in Priory, with his velvet voice and slick dance moves.

The Montego Bay native, scored heavily especially with World Peace and Preserve Nature during his 15- minute set, much to the delight of patrons.

The festival continues tonight at the same venue.