This post is based on an email that was sent and in no way reflects the views and opinions of ''Met'' or Jamaicanmateyangroupie.com. To send in a story send your email to likeacopcar.78@gmail.com
December 24, 2013 2:58 pm

Word on the street is that Spanna Banna and Susie Que from Irie FM are having an “AFFAIR” !!!

A realiable source, who is actually a bonner family member tells Dancehall Suss that Spanna and Susie have been on several dates and are frequently spotted together in the Kingston and Portmore Areas. Spanna recently signed a management contract to Susie Que and has been recieving an increased amount of airplay with his new single Raise The Pay. But our source tells us that there is more to their relationship than business. Susie Que has been seen at Spanna’s home numerous times, and most recently seen leaving early in the morning. Mutiple sources confirmed that Susie Que did in fact spend the night at with Spanna on more than one occassion! The question is: What does Spanna’s and Susie’s partners think of this relationship ???

Developing Story: An inside look at the abusive relationship between Tony Rebel and Queen Ifrica!

mi hear seh all hell bruk lose down suzie q yard a ochi wah day yah …. har husband fling block after har son because a sum mix up bout she deh wit spanna banna dem all reach down a station mi a hear . the news stink inna ochi town and mi now a yu hav the glabol reach suh mi seh mi a mek yu now wah gwan . what a mix up pon mi yah
“Life is a dream trust me, despite the stumbl

Blessing, just a mek unno now wah gwan me caah hold it no more and absolute a mi breddah. Him tell mi seh spanner mek suzie left har big mansion move inna him little house right out and she left him and the pickney them a ochi A wah spanner a do suh? Yu see a same way plier deh with rita marley fi money suh spanner a tek suzie q and mash up the people them good good family mi cant beleve. Him all tek one a them car and have a him yard right out. Everynight mi breddah a cry and mi a tell him fi left and him still a try work it out. Mi nuh know if is a catch spanner do yah man cause mi caah pictur suzie q and spanner banner mi still shock bout wah gwan. spanner love mash up people life same way him deh with him boss wife when him did buss. do better than that dread 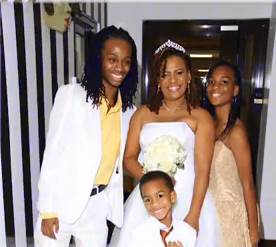 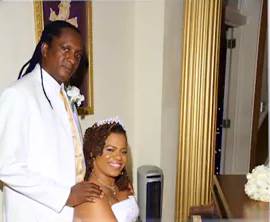 “Life is a dream trust me, despite the stumbling blocks which I have used as stepping stones, the attacks I have decided to ignore and just walk carefully and move wisely, I told myself that I shall not be defeated. I DECLARE ONLY POSITIVE OVER MY LIFE AND IT’S HAPPENING BECAUSE IN EVERYTHING I DO I PUT GOD FIRST.” (Quoted Suzie Q )