This post is based on an email that was sent and in no way reflects the views and opinions of ''Met'' or Jamaicanmateyangroupie.com. To send in a story send your email to likeacopcar.78@gmail.com
January 2, 2015 7:00 am

ONE month ago, the life of a down 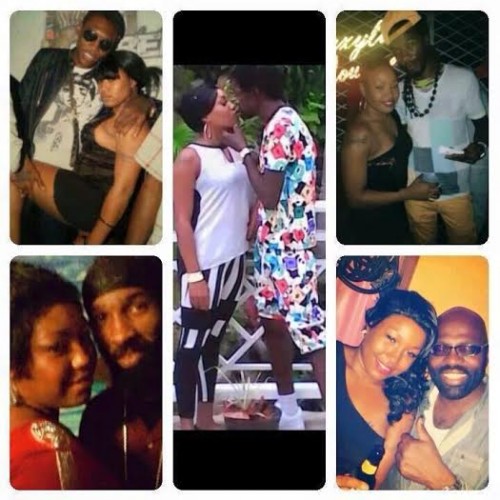 -and-out deejay called Gully Bop was transformed after a video of him ‘freestyling’ went viral.

The 50-year-old artiste, whose given name is Robert Lee Malcom, became an Internet sensation. His newfound fame made him a headliner at Sting where he turned in an impressive performance.

Among Gully Bop’s most loyal supporters is his 25-year-old girlfriend/manager Shauna Chin.

“The age doesn’t matter. I have grown to love him and I was the one who proposed to him. He knows how to tick me off, then know, exactly what to do to make me laugh,” she told Splash. “This has always been the type of love I wanted.”

Chin said she first heard about the deejay from her mother, Donna McLean, a lover of vintage dancehall.

“I saw the video of him freestylng and I instantly posted it in on Groupie.net in September. I saw his potential and I just knew I had to find him, so I took a cab to Grants Pen to locate him,” she recalled.

After some difficulty, Chin found Gully Bop. After a brief conversation, she realised he was not a ‘madman’ as he was often labelled, but suffering from depression. Having worked with other entertainers including Vybz Kartel and Tommy Lee, Chin said she used her ‘links’ to get him media interviews.

She is not affected by criticisms of the unlikely relationship.

“I have been called a money-grabber and that I was just trying to get fame, but that’s not the case. I love him. We have both been through a lot so we blend well…it’s pure love,” she stated.

Chin was born in Portland. After completing her studies at Port Antonio High School, she migrated to Philadelphia where she has lived for almost a decade.

It has not been all roses for Gully Bop. This week, Claims Records, the label which produced most of his songs, severed ties with the entertainer, saying he has become disrespectful. But Chin insists this is not the end of his career. He has several projects — including a collaboration with Mr Vegas — in the works.