This post is based on an email that was sent and in no way reflects the views and opinions of ''Met'' or Jamaicanmateyangroupie.com. To send in a story send your email to likeacopcar.78@gmail.com
December 18, 2015 12:02 pm 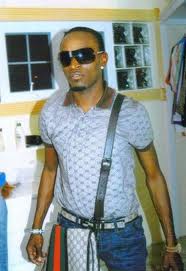 AFTER more than two years in Federal custody, flamboyant Jamaican deejay Flippa Mafia was yesterday found guilty of first-degree distribution of cocaine, second-degree money laundering, and second-degree conspiracy in Camden County Court, New Jersey. Sentencing is set for a later date.
The first-degree rap carries a sentence of 10 to 20 years, while the second degree has an incarceration period of five to 10 years.
“This verdict sends a powerful message to the suppliers who traffic narcotics into New Jersey and fuel addiction and violence in our communities; no matter where you live, we’re going to investigate you, track you down, and bring you to justice,” New Jersey Acting Attorney General John J Hoffman said after the verdict.
Flippa Mafia (given name Andrew Davis) is represented by top Philadelphia criminal attorney J Michael Farrell.
In a previous interview with the
Jamaica Observer, Farrell said his client was targeted due to his fame. Several efforts to reach him for comment were unsuccessful.
According to court documents, the 37-year-old entertainer ran an international drug ring that used the United States Mail and other delivery services to ship cocaine from California to New Jersey. More than 26 kilos of cocaine and over US$500,000 in cash were seized from the network. He has, however, maintained his innocence.
In September, the artiste’s brothers — Kemar Davis, 24, of Hollywood, California (formerly of Margate, Florida) and Roger Davis, 37, of Roslyn, Pennsylvania pleaded guilty for participating in the operation. The Davis brothers were arrested in September 2013.
“Andrew and Kemar Davis thought they were beyond the reach of the law, reaping huge profits in Jamaica and California while they shipped their cocaine into our communities in New Jersey. I’m proud to say that we put a stop shipment on their corrosive product and, with the help of our Federal partners, extended our reach to the length of the continent to capture these two major drug traffickers,” said Director Elie Honig of the Division of Criminal Justice.
Flippa Mafia, also called the Flossing King, is known to dancehall fans for hurling hundreds of dollar notes into the crowd during his performances. His better-known songs are
Unfinished House, and Hear Mi Hear