This post is based on an email that was sent and in no way reflects the views and opinions of ''Met'' or Jamaicanmateyangroupie.com. To send in a story send your email to likeacopcar.78@gmail.com
December 6, 2014 8:00 am 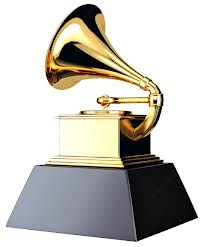 The nominations were revealed yesterday.

Out of Many, One Music gives recording act Shaggy his fifth nomination. Released in October, the set is produced by ‘riddim twins’ Sly and Robbie. Shaggy won the award in 1996 for Boombastic.

Sean Paul, who has a 2004 lein on the award for Dutty Rock, is also getting his fifth nod.

His effort Full Frequency (VP/Atlantic Records) is his sixth album. It was released in February.

Sly and Robbie are picking up their 11th Grammy nomination nod for The Reggae Power, featuring Spicy Chocolate. Released in September by VP Records, The Reggae Power contains 14 tracks. Among the artistes featured on the set are Gramps Morgan, Sizzla, Bitty McLean, Beenie Man, TOK, Romain Virgo, Alaine and Ce’Cile.

The ‘riddim twins’ picked up their first Grammy win for their 1999 Elektra Records opus Friends.

Released in April by Tuff Gong, Ziggy Marley’s Fly Rasta is the most commercially successful album in the United States by a Jamaican reggae artiste this year, with sales of over 16,000 copies to date.

Marley, the eldest son of reggae legend Bob Marley, has won three Grammys as lead singer of the Melody Makers. Solo, he has been nominated in the Best Reggae Album category four times, winning in 2007 for Love is My Religion and for Ziggy Marley In Concert this year.

Lee ‘Scratch’ Perry’s Back on the Controls was released on the Upsetter label in May. It became the enigmatic producer’s highest-American charting album when it peaked at number five on Billboard’s Reggae album chart. He won the Best Reggae Album Grammy in 2003 for Jamaican ET and has been nominated five times.

Produced by Jamaican Dwayne ‘Supa Dups’ Chin-Quee, American reggae band SOJA has earned its first nomination for their sixth studio album Amid the Noise and The Haste. To date, it has sold over 22,000 copies.

The ceremony will be held on the February 8, 2015 at the Staples Center in Los Angeles, California.