This post is based on an email that was sent and in no way reflects the views and opinions of ''Met'' or Jamaicanmateyangroupie.com. To send in a story send your email to likeacopcar.78@gmail.com
September 17, 2016 8:30 am 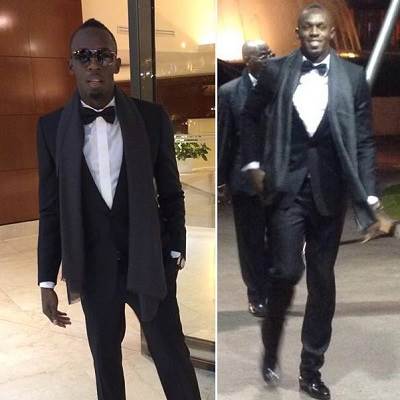 There will be a repeat of entertainment report on TVJ this coming Monday so anyone is welcomed to tape and verify what I’m abt to say since me watch it Friday night.They featured Digicel’s big news announcement that Usain Bolt is their Chief Speed officer and it was his 1st Day on the job.You may find the following insightful as Usain was interviewed by Anthony Miller.

1)Anthony asked abt all the publicity,pics esp in the British media showing Bolt with all those girls and what he has to say abt all that.

Bolt: Well everybody knows my personality and how I love to have fun so that’s all that was..

AnthonyMiller:But ppl look up to u as a role model and to set examples for the kids???

Bolt: Well I’m young and u know ppl make mistakes.But I am a role model because I work hard and train hard and show kids they can achieve their goals.

AnthonyMiller questioned the Digicel Jamaica Ceo about bolt’s image/antics.The dude says they aint concerned abt the british tabloids and pay them no mind because Bolt is the consumate professional.
He added emphatically that what Bolt Does in his personal life is not an issue for Digicel!

No mention of Kasi no time though,hmmm.