This post is based on an email that was sent and in no way reflects the views and opinions of ''Met'' or Jamaicanmateyangroupie.com. To send in a story send your email to likeacopcar.78@gmail.com
August 24, 2016 2:48 pm

THE managing company for triple Olympic gold medallist Usain Bolt has moved to ward off any unauthorised use or misuse of the trademarks and images of the world’s fastest man, cautioning perpetrators that they could face legal action.

“It has come to our attention that in violation of Usain Bolt’s intellectual property rights, persons are using his trademarks and image in the advertising of their products and services and otherwise in the course of trade, without proper authorisation. Such activities are resulting in loss and damage to Usain Bolt’s reputation and business,” Bolt’s UB Management Limited said in a statement published in the Jamaica Observer last Friday.

Bolt’s manager Nugent Walker later explained to the Observer that the notice was proactive “and simply a reminder that there are IP rights. We are particularly concerned that persons be aware that the rights exist”.

“Unauthorised representatives by way of even a congratulatory message to Usain on winning gold can be inferred as endorsements by him, thus the notice to public,” Walker said, adding that infringements are likely, given the extent of Bolt’s fame. 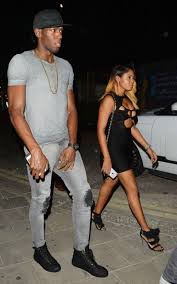 “Usain’s image is registered globally with a strong IP team to move quickly on any infringement,” he pointed out. UB Management pointed out that Bolt’s trademarks have acquired significant goodwill and reputation, and that the public must be cognisant that any use of his image or trademarks “amounts to an infringement of his trademark rights”.

Walker said Bolt’s team has been monitoring for infringements and would take the necessary actions to ensure that his image and trademarks are protected. It did not appear, however, that there were estimates of actual monetary loss or damage associated with the unauthorised use of Bolt’s image so far, nor that his management has been forced to take legal action against any party or entity. “Litigation and enforcement measures in general are always a last resort. Voluntary compliance and respect for law is preferred. An ounce of prevention is worth a pound of cure,” Walker advised.

Bolt in the just-concluded 2016 Rio Olympic Games in Rio de Janeiro, Brazil, further firmly etched his name into athletics and world history by being the first man to sweep Olympic gold in the men’s 100, and 200-metre sprints and the men’s 4×100 metres at three consecutive Olympics.

The world-famous Jamaican track star, who many have accorded legendary status, had given notice that he would be retiring from the sport.