This post is based on an email that was sent and in no way reflects the views and opinions of ''Met'' or Jamaicanmateyangroupie.com. To send in a story send your email to likeacopcar.78@gmail.com
January 3, 2016 10:47 am

YES ASHANTI DID DELIVER AT SHAGGY AND FRIENDS

KINGSTON, Jamaica — Grammy-award winning R&B singer Ashanti delivered a stellar set at the 2016 staging of Shaggy and Friends concert now under way on the lawns of Jamaica House in Kingston.

She took the patrons down memory lane to her earlier hits, which had them jamming to her soothing sounds.

Delivering a good set in order to raise funds for the Bustamante Children’s Hospital was seemingly not enough, because the R&B went further and expressed her love for Jamaica and the country’s music.

“… I think I should have been born in Jamaica”,” she said. 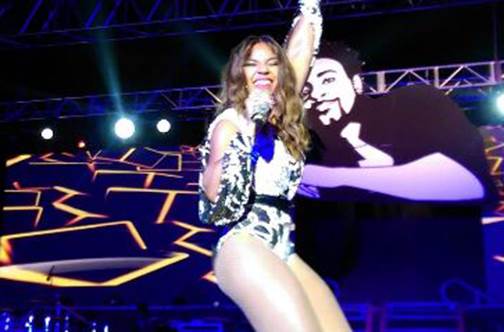 She also thanked Jamaica for helping her to remain in the number one spot on the Billboard Hot 100 chart with ‘Foolish’ for 11 weeks. Her debut album Ashanti, featured the timeless hit and landed her in the Guinness Book of World Records.