This post is based on an email that was sent and in no way reflects the views and opinions of ''Met'' or Jamaicanmateyangroupie.com. To send in a story send your email to likeacopcar.78@gmail.com
June 11, 2013 7:15 am

TWINS AND BEST FRIEND DIED IN CAR CRASH, MOTHER TOLD THEM NOT TO GO- TRINIDAD 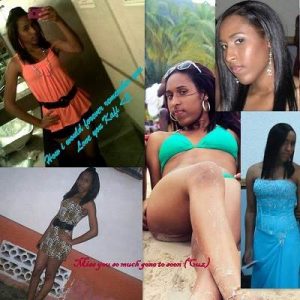 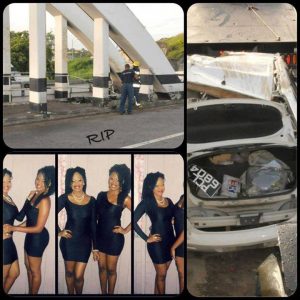 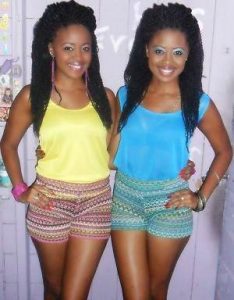 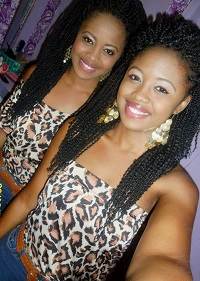 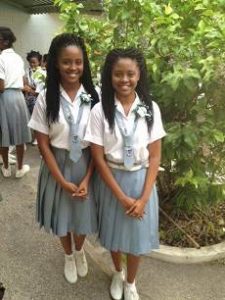 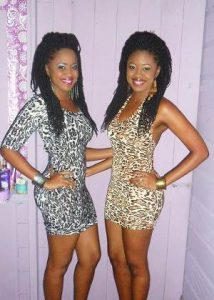 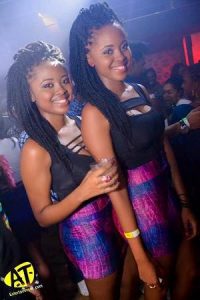 A MOTHER’S PAIN: Grief stricken Desiree Waddle speaks about her twin daughters yesterday at her home on Jack Street, Marabella. The twins, Khertima and Khadijah, inset, and their friend, Kafiya Gill, died in a vehicular accident on Sunday. —Photo: TREVOR WATSON

The mother of dead twin sisters, Khadijah and Khertima Taylor, yesterday recalled how she warned her daughters to never enter a vehicle with a drunk driver at the wheel.

Desiree Waddle said she was also concerned about speeding.

“I remember when the car came to pick them up that night. The girls went in the car and the boy speed off from here. I called my daughters and said ‘tell that boy don’t drive like that’. I called them to find out if they reach in the club too because I was worried about the fast driving,” she said.

Waddle said she called her daughters’ cellphones during the night, but they were unable to hear what she was saying. “I called and asked them who dropping them home and they said the same boy. I ask if he was drinking and they said no. Then I couldn’t hear because of the music. So I text them ‘love you, God Bless you and reach home safe’. And I sent a kiss for them,” she said.

Waddle spoke with the Express at her Jack Street, Marabella, home yesterday.

She was wearing one of her daughter’s school rings in a chain around her neck. “My baby was wearing this on her finger when she died,” she said, kissing the ring.

Waddle, who has an eight-year-old son, said she was asleep when her daughters’ friends came to her home on Sunday morning. “One of their friends came and say there was an accident and I should come to the hospital. I start to bawl, but the friends said it’s okay. I went to the hospital and saw Teenisha with a brace and I didn’t see my children. I was walking up and down the hospital like I mad. Then the police come and I knew. I never felt pain like that before,” she cried.

Waddle said her daughters, aged 18, spent the night celebrating a friend’s birthday at a nightclub in San Fernando.

“I told them they can’t go, but Tima (Khertima) keep saying we can’t be selfish because for their birthday, all their friends rally around them,” she said.

“And on Wednesday they planned to go to Zen to celebrate. I was making their outfits. I make everything they wear. People always say the twins never repeat their clothes. They love to dress up,” the mother said.

Waddle said her daughters had planned to spend part of the July/August vacation with friends in Tobago.

“They really worked hard for that. They studied and studied hard for this exam. That trip was already paid for,” she said.

Asked how she would describe her daughters, Waddle said, “Find all the descriptions that fit angels. My girls were my life. They took care of me, my best friends. They were my identity. I was known as the twins’ mother.”

She said the twins were inseparable and complemented each other.

“They were intelligent. Khertima placed 119th in the country in SEA and topped her school. She wanted to be an accountant, while Khadijah wanted to be a flight attendant or any profession to dress up plenty,” she said.

The grieving mother appealed to young men and women to stop drinking and driving.

“And don’t get in a car with people who are drinking and driving. And if they speeding, tell them to stop, or get out of the car and call your parents,” she said.

The twin sisters will be laid to rest on Thursday.

The sisters and their friend Kafiya Gill, 19, were killed when the car they were in crashed into a bridge at the Cross Crossing interchange in San Fernando.