This post is based on an email that was sent and in no way reflects the views and opinions of ''Met'' or Jamaicanmateyangroupie.com. To send in a story send your email to likeacopcar.78@gmail.com
January 12, 2015 10:28 am

STEVEN AND ZIGGY MARLEY IN JOHN VARVATOS CAMPAIGN FOR SPRING 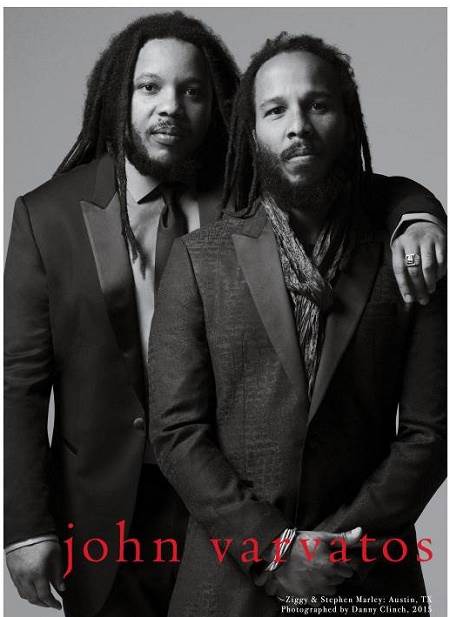 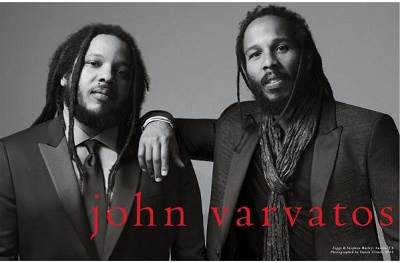 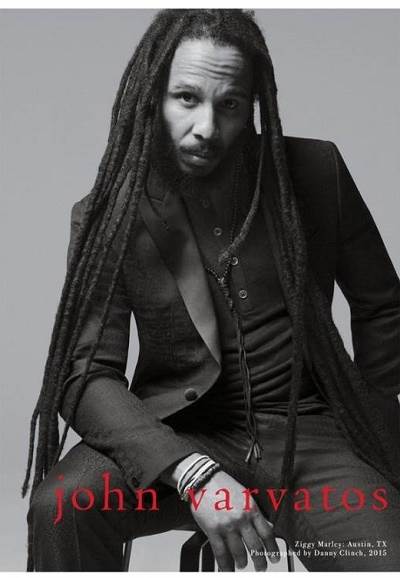 Move over models — the most unlikely stars are snagging fashion campaigns left and right.

First, we squealed with joy after seeing Joan Didion’s ad for Céline and our jaws dropped when Saint Laurent chose Joni Mitchell to front its latest “Music Project”. Now, John Varvatos is mixing things up for his Spring 2015 campaign by snagging Ziggy Marley and Stephen Marley.

Bob Marley’s two eldest sons, who are successful reggae musicians/songwriters/producers in their own right, have found themselves in the fashion spotlight. The brothers got suited up in a few sleek looks for the project, which was captured by renowned rock-and-roll photographer Danny Clinch, including a black crocodile jacquard tuxedo and black linen Henley shirt.

“Our father would be proud to see us dressed up and coming together for this,” Stephen told WWD. And the family bonding moment isn’t lost on Ziggy either.

“It’s always better when I’m able to do projects with my younger brother,” Ziggy said. “I don’t dress up very often, but when I do, I wear John Varvatos.”

Check out a few of the campaign images below and look out for a documentary-style short film with the brothers that’s set to debut on johnvarvatos.com on February 5, which is a day before what would have been Bob Marley’s 70th birthday.