This post is based on an email that was sent and in no way reflects the views and opinions of ''Met'' or Jamaicanmateyangroupie.com. To send in a story send your email to likeacopcar.78@gmail.com
October 17, 2013 12:00 pm 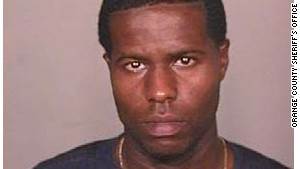 (CNN) — The state of Florida is asking for help in locating two former prison inmates that they realized should still be current inmates.

“However, both of their releases were based on fraudulent modifications that had been made to court orders,” he said.

Authorities would not elaborate. Law enforcement learned of the situation Tuesday.

Walker, who was freed October 8, and Jenkins, freed on September 27, are former residents of Orlando, and the Orange County Sheriff’s Office worries that at least one of them, but perhaps both of them, may have returned.

“They committed violent crimes,” Capt. Angelo Nieves told CNN. “The best thing for them to do is to turn themselves in.”

Gretl Plessinger, spokeswoman for the Florida Department of Law Enforcement, confirms they are assisting in the manhunt and investigating the escape. She wouldn’t comment further.

While Nieves and other law enforcement search for the inmates, Crews says he’ll be conducting a “vigorous and thorough review” of other such prison releases to make sure there aren’t others out there who shouldn’t be.