This post is based on an email that was sent and in no way reflects the views and opinions of ''Met'' or Jamaicanmateyangroupie.com. To send in a story send your email to likeacopcar.78@gmail.com
January 22, 2016 3:54 pm

OVER ONE MILLION PEOPLE IN RUSSIA WITH AIDS 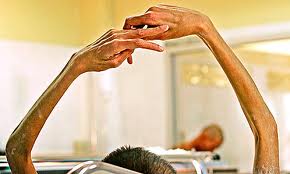 The number of HIV-positive patients registered in Russia has reached one million, the Interfax news agency reported Wednesday, citing Vadim Pokrovsky, head of the Moscow-based Federal Center for Fighting AIDS.

However, according to experts’ estimates, the number of HIV-positive people in Russia may be closer to 1.5 million, as the entire population has not been examined, Pokrovsky noted, according to Interfax.

It is expected that a total of 93,000 new HIV cases will have been registered in 2015, which is a historically high level, Pokrovsky said.

In an attempt to halt the HIV epidemic, Russia has doubled the amount of funding allocated to fight the disease.

A total of 205,538 of HIV-infected people have died in Russia since 1987, when the first case of the HIV infection was registered, Pokrovsky told Interfax in November 2015.