This post is based on an email that was sent and in no way reflects the views and opinions of ''Met'' or Jamaicanmateyangroupie.com. To send in a story send your email to likeacopcar.78@gmail.com
October 22, 2014 4:01 pm

ONLY IN AMERICA- WOMAN GOES TO RESTAURANT AND AFTER EATING , SAYS HER HUSBAND JESUS CHRIST WOULD PAY THE BILL 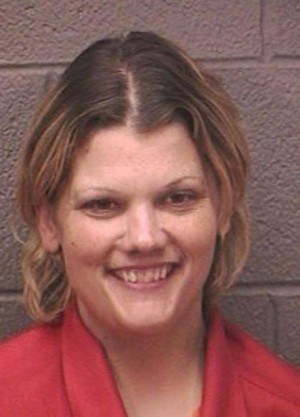 Police in Lawton, Okla., arrested a woman Friday night after she ate and drank for several hours, but then told the staff her husband Jesus Christ would pay the bill.

Kristi Rhines was arrested for defrauding a business and transported to county jail after she ate and drank at the El Chico Mexican restaurant for four hours and told staff she couldn’t pay her $56.55 bill, Capt. Craig Akard told the Daily News.

Officers who arrived at the scene said Rhines did not appear to be intoxicated or belligerent as she discussed the situation with authorities.

She claimed her husband would arrive and pay the bill, but he has yet to appear.

An employee at the restaurant declined to discuss the incident to The News.