This post is based on an email that was sent and in no way reflects the views and opinions of ''Met'' or Jamaicanmateyangroupie.com. To send in a story send your email to likeacopcar.78@gmail.com
August 9, 2013 7:27 am

OMG, I CANT BELIEVE THIS IS THE US 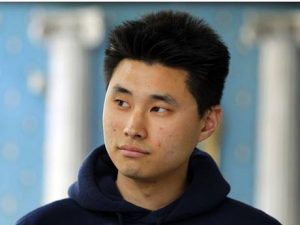 US to pay $4.1m to student Daniel Chong after he was abandoned in prison cell

Californian Daniel Chong, now 25, had to drink his own urine to survive after he was arrested for smoking pot
Tim Walker Author Biography

A Californian college student who was arrested for smoking cannabis and then abandoned and forgotten in a windowless prison cell for almost five days has been awarded a $4.1m (£2.7m) settlement by the US government.

Daniel Chong, 25, had to drink his own urine to survive. When he was finally discovered, he had lost 15lb in weight, and spent a further five days in hospital to be treated for dehydration, kidney failure, cramps and a perforated oesophagus.

The ordeal began on 20 April 2012, when Mr Chong, right, an engineering student at the University of California, San Diego, went to a house close to the campus to smoke marijuana with some friends. Little did he know the property in question was being monitored by the US Drug Enforcement Administration (DEA). When officers raided the house, they found drugs including some 18,000 ecstasy pills, as well as weapons and ammunition. Chong was taken into custody along with eight other suspects, but told he would not be charged. He was handcuffed and left in a 5ft by 10ft cell with no windows, where an officer told him: “Hang tight. We’ll come get you in a minute.” He told US media that he believed that for the whole of the first day, saying: “It just seemed impossible that they would forget me in there.”

Eventually he started screaming, kicking the cell door and pushing ripped-up pieces of his jacket through the gap beneath it in an effort to attract attention. He tried to break a fire sprinkler in the ceiling to get water, but when that didn’t work he had to drink his own urine. On the third day, He started to hallucinate. He resigned himself to death, bit into his glasses and used the shards to carve a message into his own arm. He tried to write “Sorry mom”, but could only complete the “S”.

After more than four days, the door opened at last. Officers found Mr Chong lying on the floor covered in his own faeces. Mr Chong, who has since been diagnosed with post-traumatic stress disorder, says he can remember the shocked look on their faces.

Mr Chong, now studying economics, said he planned to buy his parents a house with the settlement money.