This post is based on an email that was sent and in no way reflects the views and opinions of ''Met'' or Jamaicanmateyangroupie.com. To send in a story send your email to likeacopcar.78@gmail.com
September 3, 2013 12:58 pm 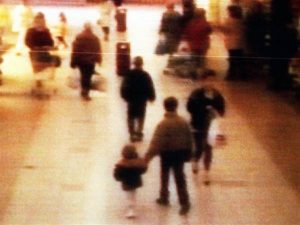 One of Britain’s youngest child killers, whose crime haunted Britain when it was captured on security cameras, has been paroled for a second time – prompting fury from his victim’s parents.

Jon Venables was 10 years old when he lured two-year-old James Bulger from a shopping center in Liverpool, England, in February 1993.

Venables, and school classmate Robert Thompson, beat the toddler with iron bars and bricks before dumping his body on a railway line.

The killers were given new identities for their own safety after being released from custody in 2001.

However, Venables developed drinking and drug problems and he was jailed for two years in July 2010 after pleading guilty to downloading and distributing 102 images of children being sexually abused.
Advertise | AdChoices

He was released again Tuesday with a second new identity, officials said.

Denise Fergus, mother of victim James Bulger, told British tabloid newspaper The Sun on Tuesday that Venables was a liar who had previously broken the terms of his probation.

She said: “I have been told that the terms of his parole mean that he must not enter the county of Merseyside. But the Probation Service didn’t monitor him properly last time so I have no faith in their ability to do that now.

“They should’ve kept him locked up for a long time.”

A spokesman for Britain’s Ministry of Justice said it did not comment on individual cases.

“The re-release of life-licensed offenders is directed by the independent Parole Board once they are satisfied they can be safely managed in the community,” they said.

“Their life licence lasts for the rest of their lives, and they may be recalled to prison at any time for breaching their licence conditions. Additionally, they will be subject to strict controls and restrictions for as long as their risk requires them.”