This post is based on an email that was sent and in no way reflects the views and opinions of ''Met'' or Jamaicanmateyangroupie.com. To send in a story send your email to likeacopcar.78@gmail.com
February 12, 2015 7:17 am 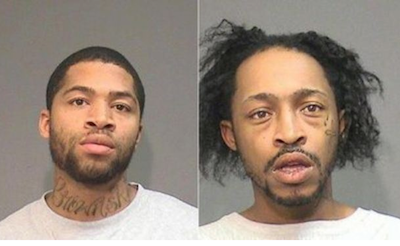 Two New Jersey men accused of luring a mentally disabled woman to a home under the pretense of participating in Bible study before sexually assaulting her and kicking her out during a snowstorm have been convicted.

The Plainfield residents had denied the crimes. They face lengthy prison terms when they’re sentenced next month.

Prosecutors say the sex assaults occurred at Woodson’s home in January 2011. They say Woodson and Campbell took turns sexually assaulting the woman in the basement for more than an hour and then kicked her out early the next day with no cellphone, money or means to get home.

The woman was found hours later and needed medical attention.