This post is based on an email that was sent and in no way reflects the views and opinions of ''Met'' or Jamaicanmateyangroupie.com. To send in a story send your email to likeacopcar.78@gmail.com
June 3, 2016 8:47 pm 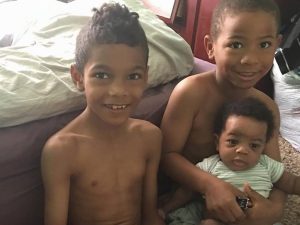 Phoenix police were investigating a triple homicide after a woman allegedly stabbed her three children to death at a home near Interstate 17 and Bell Road. Police confirm that the children were partially dismembered.

Sgt. Trent Crump said the woman was acting irrationally when her brother arrived home around 12:30 a.m. Thursday. She then locked him in the garage.

The man forced his way into the home and found his sister, 29-year-old Octavia Rogers, with multiple self-inflicted stab wounds to her abdomen and neck, according to KPHO.

Octavia Rogers, 29, stabbed herself as well but survived and is being treated at an area hospital, according to police. (Facebook)
Crump said the woman reportedly told her brother that “she is stabbing her abdomen because she is pregnant.” Police have not verified the pregnancy at this point.

Crump said the man went to grab some towels and sheets and called 911. He then went back into the home and found his sister trying to drown herself in a bathtub.

Firefighters treated Rogers and transported her to a nearby hospital. She is in critical condition but is expected to survive.

Police officers went into the home and found that Rogers had allegedly killed her three sons, ages 8, 5 and approximately 2 months old. Crump said the officers found the older boys in a bedroom closet and later located the baby, who had been “stuffed into a case.” They all had been stabbed multiple times. 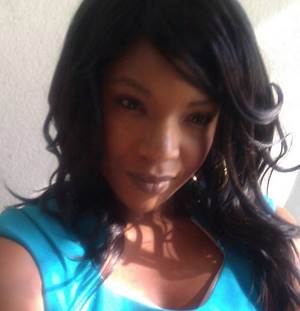 “An absolutely horrific scene for the officers and for her brother to arrive to,” Crump said.

Police were waiting for a search warrant to enter the home, which is owned by the Rogers’ mother. Rogers and her children were staying in the home.