This post is based on an email that was sent and in no way reflects the views and opinions of ''Met'' or Jamaicanmateyangroupie.com. To send in a story send your email to likeacopcar.78@gmail.com
August 10, 2016 3:50 pm

A mother and son in New Mexico say they are willing to risk jail time to maintain their romantic relationship, according to an interview with the Daily Mail.

Monica Mares, 36, and her 19-year-old son Caleb Peterson have declared they are “madly in love,” even in the face of an 18-month prison sentence, and are fighting for their right to have a sexual relationship.

Mares gave birth to Peterson at 16 and gave him up for adoption, the Mail reports. She saw him last Christmas for the first time since he was a baby, and they began developing romantic feelings for one another. 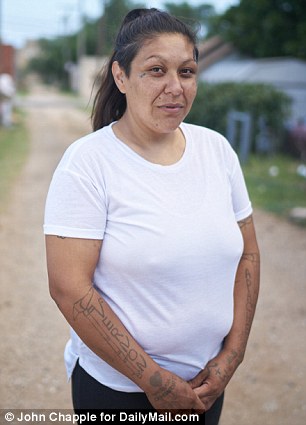 “The first time we were physical ended up holding hands and then we ended up kissing and the kissing led to other things,” said Mares, a mother of 9. “I felt comfortable with him and we fell even more deeply in love.”

Peterson said he made the first move.

“It was a real kiss,” he said. “It had feelings behind it, there was a spark that ever since then it just stayed.”

Mares and Peterson live separately from one another now. They were charged with incest earlier this year, after police found out about their relationship.

They were arraigned and appeared together in court in April, but were held in custody for breaching their no-contact order.

They were released on $5,000 bond and now face a jury trial in September. Mares is not allowed to see any of her other children or have any contact with Peterson.

They say they went public with their relationship to raise awareness of Genetic Sexual Attraction relationships. Mares said she would give up the right to see her other children if she was asked to choose between them and Peterson.