This post is based on an email that was sent and in no way reflects the views and opinions of ''Met'' or Jamaicanmateyangroupie.com. To send in a story send your email to likeacopcar.78@gmail.com
December 31, 2014 7:01 am

MOTHER ACCUSED OF PROSTITUTING HER DAUGHTER AT AGE 11 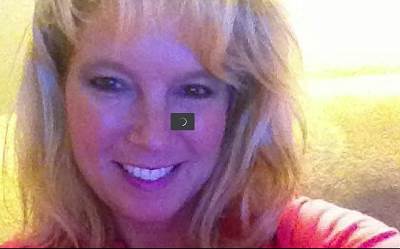 A mother in Washington is accused of sex-trafficking her teenage daughter, and relatives say it all started when the girl was just 11 years old.

“This woman was complicit in the rape of a child for money, several times,” said Snohomish Sheriff’s spokeswoman Shari Ireton.

The case started last February with detectives conducting a standard search through backpage.com. A special investigative unit detective found an ad that set off “a red flag.” It was advertising an 18-year-old escort with pictures of a female who looked much younger than 18.

The detective tracked the numbers through to the would-be escort’s Facebook page and discovered the girl was 15. She turned 16 last September.

And then through text records, the detective discovered the girl’s mother, Wilson, was allegedly involved. The teen recently told a detective that she gave her mother about $2,000 from her earnings as a prostitute.

“It appeared that there was a relative to the victim who was actually setting up some of the transactions that were taking place,” Ireton said.

Court records state “texts revealed Jennifer giving her daughter instruction for acts of prostitution.” The detective also talked to the daughter’s substance-abuse counselor who said that “her mother would drive her places to meet some of her male customers.”

“We’re not trying to go out and punish someone for being a bad parent,” said Ireton. “What we’re trying to do is really put the teeth into laws that have been enacted recently regarding sex trafficking.”

The girl’s grandfather said he believed she’d been working as a prostitute since she was 11, when her mother put her on birth control. The girl is currently living with her father.

Wilson is free on a $25,000 bond. She’s scheduled to be in court next Tuesday. Although the court records indicate Wilson also has history with the State Child Protective Services, KOMO was unable to obtain those records.