This post is based on an email that was sent and in no way reflects the views and opinions of ''Met'' or Jamaicanmateyangroupie.com. To send in a story send your email to likeacopcar.78@gmail.com
June 11, 2013 11:51 am

JUNE 21 BEFORE WE HEAR WHAT RAINSBERGER’S FATE IS 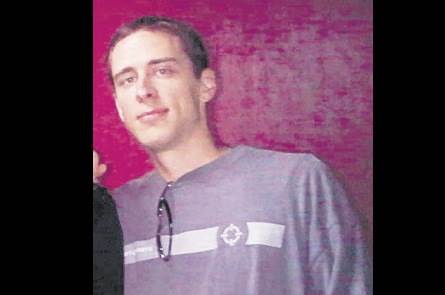 VIRGINIA, United States (CMC) — A Virginia court has adjourned to June 21, the sentencing of David Rainsberger, the former security chief at the United States Embassy in Jamaica.

Rainsberger, 32, admitted to accepting two luxury watches worth approximately US$2,500 from a Jamaican entertainer, identified only in court documents as “DB”, in addition to free admission to nightclubs, backstage access to concerts, and a birthday party hosted by the musician.

RAINSBERGER… to be sentenced on June 21

The incident occurred while Rainsberger, then a member of the State Department’s Diplomatic Security Service, was stationed at the US Embassy in Kingston from 2009 to 2011.

According to a release posted on the website of the United States Attorney’s Office for the Eastern District of Virginia in February, while in Jamaica, Rainsberger “befriended” the well-known musician whose entry to the US had been barred because of allegations of criminal conduct.

The statement said that Rainsberger’s investigation “of this individual” resulted in the reinstatement of his visa, “which allowed the individual to travel to the US to take advantage of performance and recording opportunities”.

In addition to the charge of receiving unlawful gratuities, Rainsberger also pleaded guilty in an Alexandria, Virginia court to making false statements to the United States Government on a national security questionnaire, which is required to maintain his security clearance.