This post is based on an email that was sent and in no way reflects the views and opinions of ''Met'' or Jamaicanmateyangroupie.com. To send in a story send your email to likeacopcar.78@gmail.com
February 4, 2015 7:00 am

JORDAN EXECUTES TWO PRISONERS TO GET BACK AT ISIS 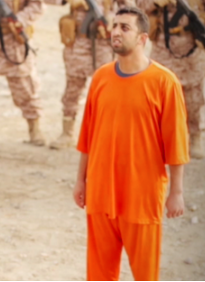 Jordan said it had executed 2 prisoners early Wednesday after a new video surfaced on the Internet Tuesday showing ISIS burning alive a Jordanian pilot the terror group had held since December.

Government spokesman Mohammed al-Momani said that prisoners Sajida al-Rishawi and Ziad al-Karbouli were executed. Al-Rishawi has been on death row for her role in a triple hotel bombing in the Jordanian capital Amman in 2005 that killed dozens. Over the past week, Jordan had twice offered to swap her for the pilot, Lt. Muath al-Kaseasbeh. However, officials have said his captors did not deliver proof he was still alive, and the swap never moved forward.

The 44-year-old Iraqi woman’s suicide belt did not detonate at the time of the Amman attack and she fled the scene, but was quickly arrested. After a televised confession, she recanted, but her appeal was turned down.

Al-Rishawi had family ties to the Iraqi branch of Al Qaeda, a precursor of ISIS. Ziad Al-Karbuli was a former aide to Abu Musab al-Zarqawi, the Jordanian Al Qaeda operative who was killed in 2006.

The 22-minute video, which Jordan said is authentic, brought a grisly end to speculation into the fate of Lt. Muath al-Kaseasbeh, 26, who was captured when his plane crashed during a bombing mission in Syria Dec. 24. The video, which reports said could have been made more than a month ago, shows the pilot standing in a cage with a line of fuel leading to him, which is then ignited, causing him to burst into flames. Islamic State had previously sought to trade Al-Kaseasbeh for Sajida al-Rishawi, an Iraqi woman who is in a Jordanian prison for her role in a 2005 suicide bomb attack that killed 60 people in Amman.

“It’s just one more indication of the viciousness and barbarity of this organization,” said President Obama, who met Tuesday evening with Jordan’s King Abdullah in the Oval Office, where he offered his condolences. “And I think it will redouble the vigilance and determination on the part of the global coalition to make sure that they are degraded and ultimately defeated.”

In a statement before his meeting with Abdullah, Obama vowed the pilot’s death would “redouble the vigilance and determination on the part of our global coalition to make sure they are degraded and ultimately defeated.”

“Lieutenant Al-Kaseasbeh’s dedication, courage and service to his country and family represent universal human values that stand in opposition to the cowardice and depravity of ISIL, which has been so broadly rejected around the globe,” Obama said.

“This horrific, savage killing is yet another example of ISIL’s contempt for life itself.”
– Secretary of Defense Chuck Hagel
Dubai-based TV news channel Al Arabiya reported that the Jordanian military had notified al-Kaseasbeh’s family that he had been killed and Jordanian TV reported that the pilot was killed Jan. 3.

In the video, viewed by Fox News, Al-Kaseasbeh, clad in an orange jumpsuit, speaks under clear duress. A narrator speaking in Arabic blasts Arab nations, including Jordan, for taking part in U.S.-led airstrikes against Islamic State. The final five minutes of the video show the caged pilot, his clothing apparently doused in gasoline as the fuel is lit. His screams are audible as he collapses to his knees. After being killed, the burned man and the cage are buried by a bulldozer. The video ends with ISIS offering “100 golden Dinars” for any Muslims in Jordan who kill other Jordanian pilots, whose names, pictures and hometowns are shown.

“We are aware of the video purporting to show that [al-Kaseasbeh] has been murdered by the terrorist group ISIL,” read Meehan’s statement. “The intelligence community is working to confirm its authenticity. The United States strongly condemns ISIL’s actions and we call for the immediate release of all those held captive by ISIL. We stand in solidarity with the Ggvernment of Jordan and the Jordanian people.”

CIA and counter-terrorism analysts noted the tape follows a pattern familiar in ISIS clips. It features news clips of the Jordanian king with sound of coalition strikes and ground operations. Sources told Fox News it demonstrated the highest production values of any tape to date, suggesting it took considerable time to shoot and produce.

Release of the video follows days of intense protests by Jordanians outside King Abdullah’s palace over the government’s refusal to agree on a prisoner swap with the terror group. Many Jordanians as well as the pilot’s family are faulting Amman – not ISIS – for allowing their country to be drawn into a “war” they claim is one between the Islamic State and the U.S. and its allies. Demonstrators outside the gates of the royal palace have cried out, “Abdullah, why are we fighting?” while other Jordanian protesters have taken to social media, creating an Arabic hashtag on Twitter that reads #NotOurWar.

On Saturday, an online video surfaced that appeared to show Islamic State executing Japanese journalist Kenji Goto. And one week earlier, a video posted on the Internet showed the Islamist terror group delivering the same fate to another Japanese hostage, Haruna Yukawa.