This post is based on an email that was sent and in no way reflects the views and opinions of ''Met'' or Jamaicanmateyangroupie.com. To send in a story send your email to likeacopcar.78@gmail.com
February 4, 2016 3:12 pm 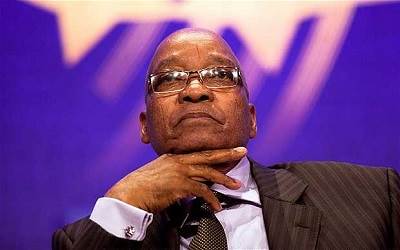 Mr Zuma, South Africa’s first Zulu president, told an event in his home province of KwaZulu-Natal that Christianity brought about “orphans” and “old-age homes” thereby destroying Africa’s traditions, according to South Africa’s Times newspaper.
“As Africans, long before the arrival of religion and [the] gospel, we had our own ways of doing things,” he said.
“Those were times that the religious people refer to as dark days but we know that, during those times, there were no orphans or old-age homes. Christianity has brought along these things.”
Mr Zuma’s office later issued a statement saying that his comments had been reported in a “misleading manner” and were aimed at ensuring South Africans do not neglect African culture.
“While we should embrace western culture and Christianity, we should not neglect the African ways of doing things,” said Mac Maharaj, presidency spokesman.
Related Articles

However, South Africa’s Council of Churches has said it was “deeply disappointed”.
“We are just taken aback. We are shocked and we don’t understand,” said Reverend Mautji Pataki, SACC general secretary.
Rev Pataki said that it was the “calling” of Christians to care for the vulnerable of society.
“The Lord Jesus Christ was a friend to orphans and widowers and the old and the disabled. Wherever they are, we will do our ministry … which is to take care of them. It’s a calling. It’s not a choice.”
Mr Zuma is a devout follower of tribal custom, including polygamy. In January last year he wed his third wife at a traditional Zulu ceremony.
During the ritual wedding the bride, Madiba, 38, was introduced to the elders and ancestors, two years after Mr Zuma, 69, paid the Ilobolo (dowry).
In 2007, Mr Zuma was made an honorary pastor at a meeting of independent charismatic churches.
Mr Maharaj said Mr Zuma would meet religious leaders in the new year to discuss joint initiatives on social issues.