This post is based on an email that was sent and in no way reflects the views and opinions of ''Met'' or Jamaicanmateyangroupie.com. To send in a story send your email to likeacopcar.78@gmail.com
January 18, 2016 12:46 pm

IF MUSLIM WOMEN DONT LEARN ENGLISH IN BRITAIN THEY WILL BE DEPORTED????????????

He also suggested that poor English skills can leave people “more susceptible” to the messages of groups like Islamic State (IS).

Cameron’s comments came as his centre-right Conservatives launched a £20 million ($28.5 million, 26 million euro) language fund for women in isolated communities as part of a drive to build community integration.

Immigration rules already force spouses to speak English before they come to Britain to live with their partners. 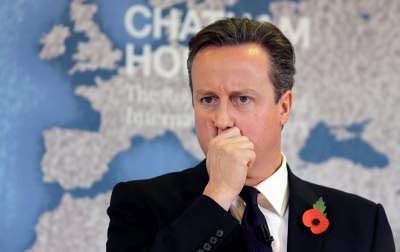 But Cameron said they would also face further tests after two and a half years in the country to make sure their language skills were improving.
“You can’t guarantee you will be able to stay if you are not improving your language,” he told BBC radio. “People coming to our country, they have responsibilities too.”

Cameron’s government estimates that around 190,000 Muslim women in England – about 22 per cent of the total – speak little or no English.

There are estimated to be around 2.7 million Muslims in England out of a total population of some 53 million.

Cameron said that a lack of language skills could make Muslims in Britain more vulnerable to the message of extremist groups.

“I am not saying there is some sort of causal connection between not speaking English and becoming an extremist, of course not,” he told BBC radio.

His comments drew criticism from Muslim groups and opposition parties.

“David Cameron and his Conservative government are once again using British Muslims as a political football to score cheap points, to appear tough,” he added.

Andy Burnham, home affairs spokesman for the main opposition Labour party, accused Cameron of a “clumsy and simplistic approach” which was “unfairly stigmatising a whole community.”

“My parents came to this country with very little English — my mum’s English still isn’t great, even though she has been to English language classes,” she told BBC Radio 4’s World at One.

“I think it is lazy and sloppy when we start making policies based on stereotypes which do badly stigmatise communities.”

“The prime minister’s aim to have English more widely spoken and for better integration falls at the first hurdle if he is to link it to security and single out Muslim women to illustrate his point,” he said.